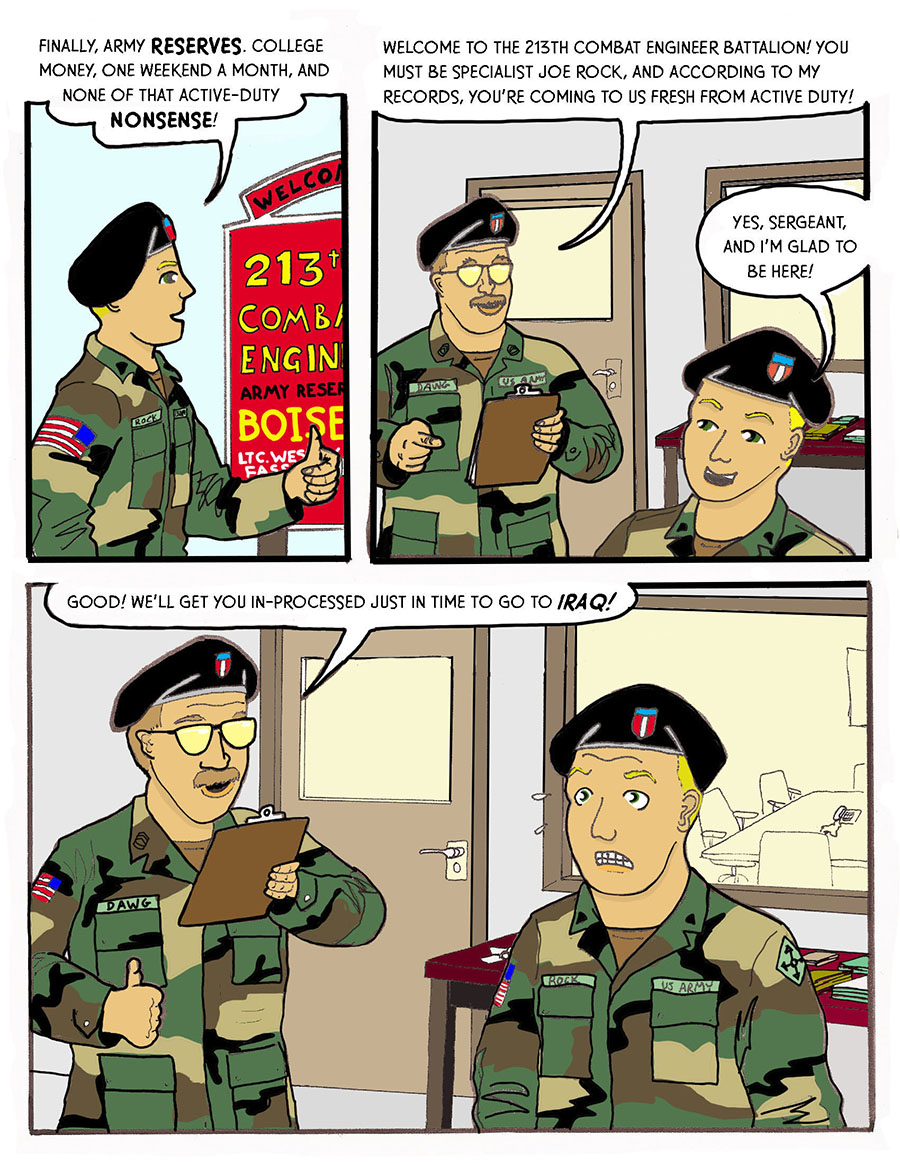 Joe just came out of the Active Duty Army and went into the Reserves, which is a very common career trajectory for people who have served. Joe’s plans obviously include college money without having to put up with the day-to-day nonsense of regular, active-duty service, but these hopes are quickly dashed when it turns out that the 213th Engineer Battalion has already been called up for Iraq.

Joe is a “Specialist”, commonly shortened to “SPC”. Army ranks and thongs like “platoon” and “battalion” will be discussed, but at the moment it is not important to be familiar with them.

Comic Notes: On the first day of BOHICA Blues, “Launch Day” on November 11th, 2013, I had the first four comics post within an hour of each other. I wanted a big, four-page kickoff event to get started. After that, the comic updated on Mondays and Thursdays, and then eventually it went to Monday-Wednesday-Friday updates.