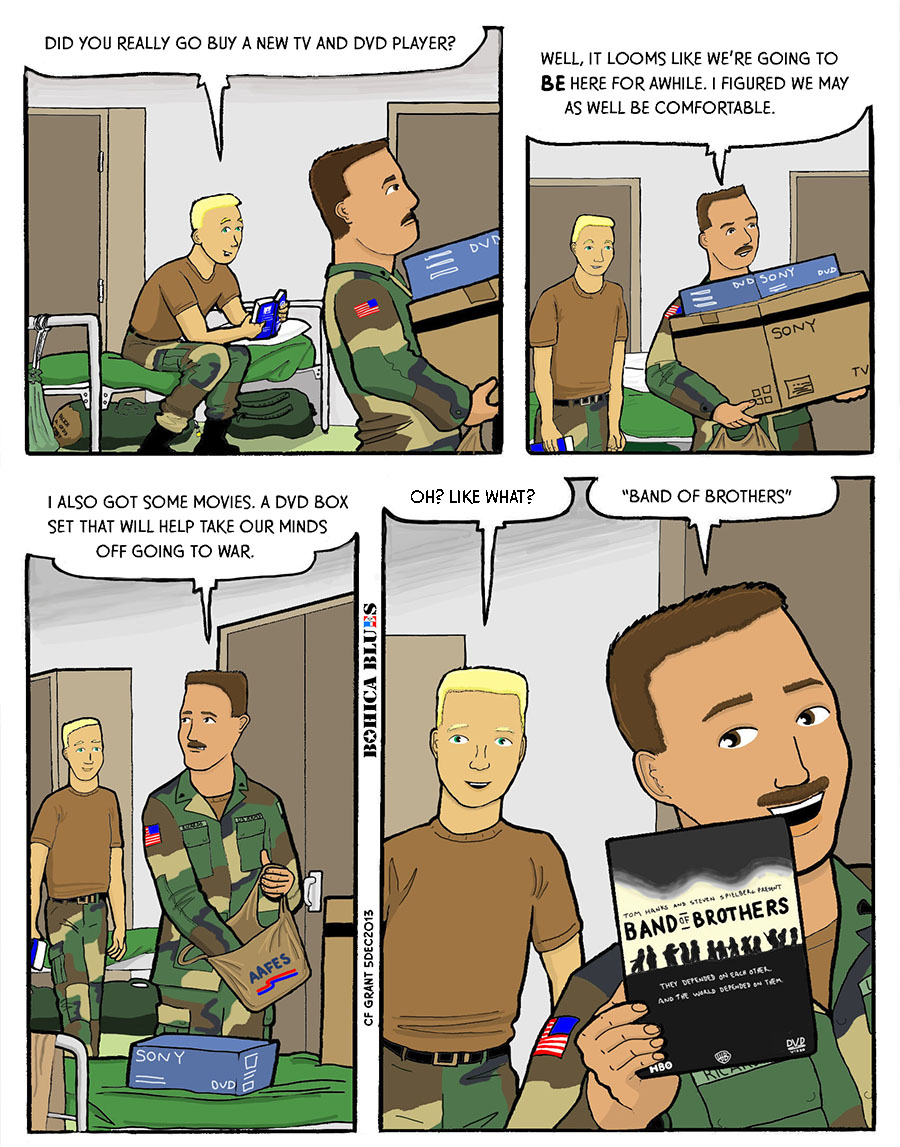 Wow, we watched a lot of “Band of Brothers”.

A lot of people bought new televisions, and remember, this was still back when the big-box TVs, with the cathode ray tubes, were the most common type. Flat-screens existed, but they were still new and expensive, so the only way to avoid getting a big-box TV was to watch DVDs on your laptop. That was fine for personal watching, but difficult if a bunch of people wanted to crowd around and watch a movie together.

Watching movies was an incredibly poplar way to pass the time when we weren’t directly training for Iraq. It was bitterly cold outside and the nearest towns, Tomah and Sparta, were at least five or so miles away, and not exactly places full of vigorous “night life” to speak of. One of the most common box sets that we watched was “Band of Brothers”, which many of us watched several times over the course of our stay at Ft. McCoy– it became almost a ritual with us, as (I suppose) we were trying to put ourselves in their mindset and prepare for what our lives might look like in a few months.