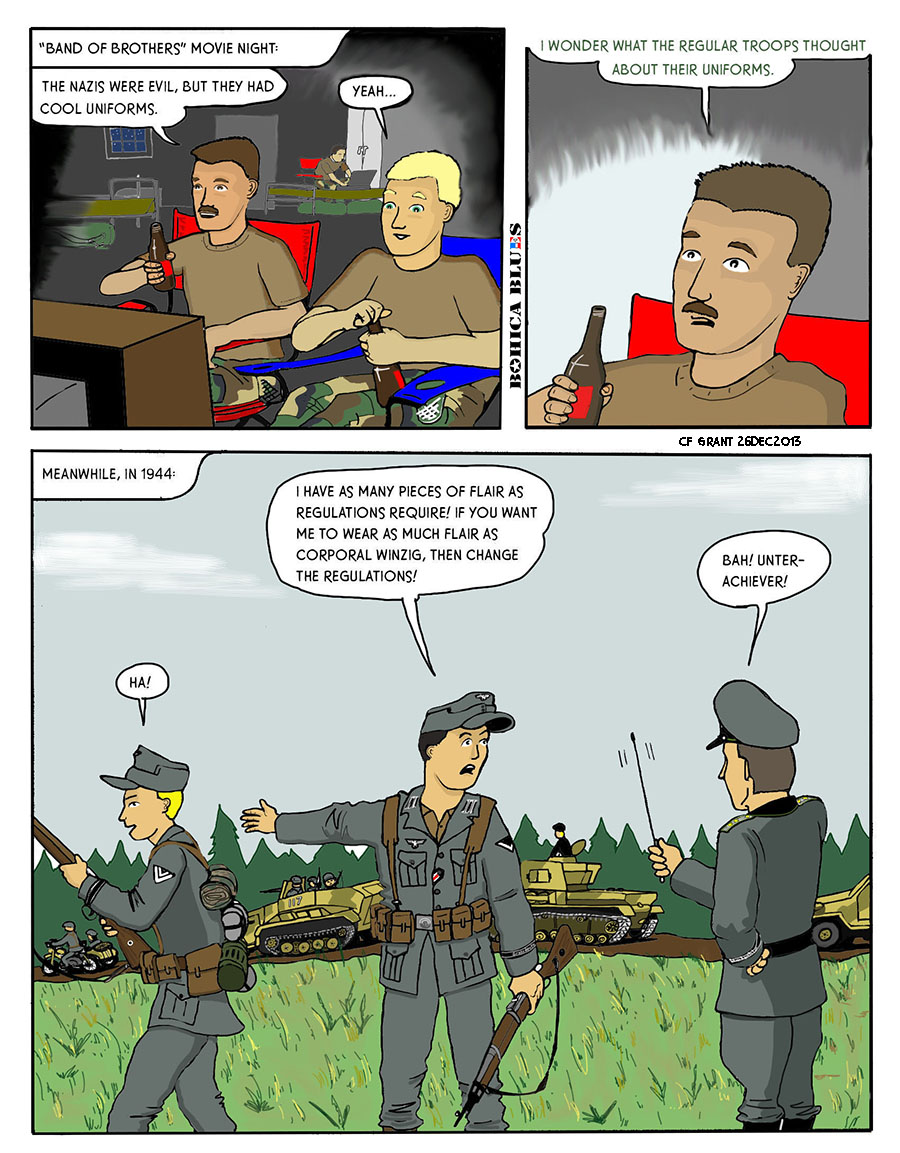 Okay, ever since the beginning of the month, when I did the “New TV” comic with “Band of Brothers”, I’ve been thinking about the show. Finally I had to watch it again. So after that, I thought of this. Shout out to Donna in Washington; maybe that’s Lieutenant Winzig’s younger brother? A whole family of cheesers.

Of course, the saying is that the army with the coolest uniforms will always be the ones that end up losing a war. If that’s the case, then maybe the US Army should keep the digital camouflage Army Combat Uniform. We’ll be invincible, because that thing is made of fail.

August 2015: This was the first comic I posted that got over 100 views in one day. In fact, it got 150. A friend and influence, invited me to post it on her Facebook page. Donna Barr is the creator of “The Desert Peach” and “Stinz” independent comic books. They’re no longer in print but they’re still good reads.