The Capture of Saddam 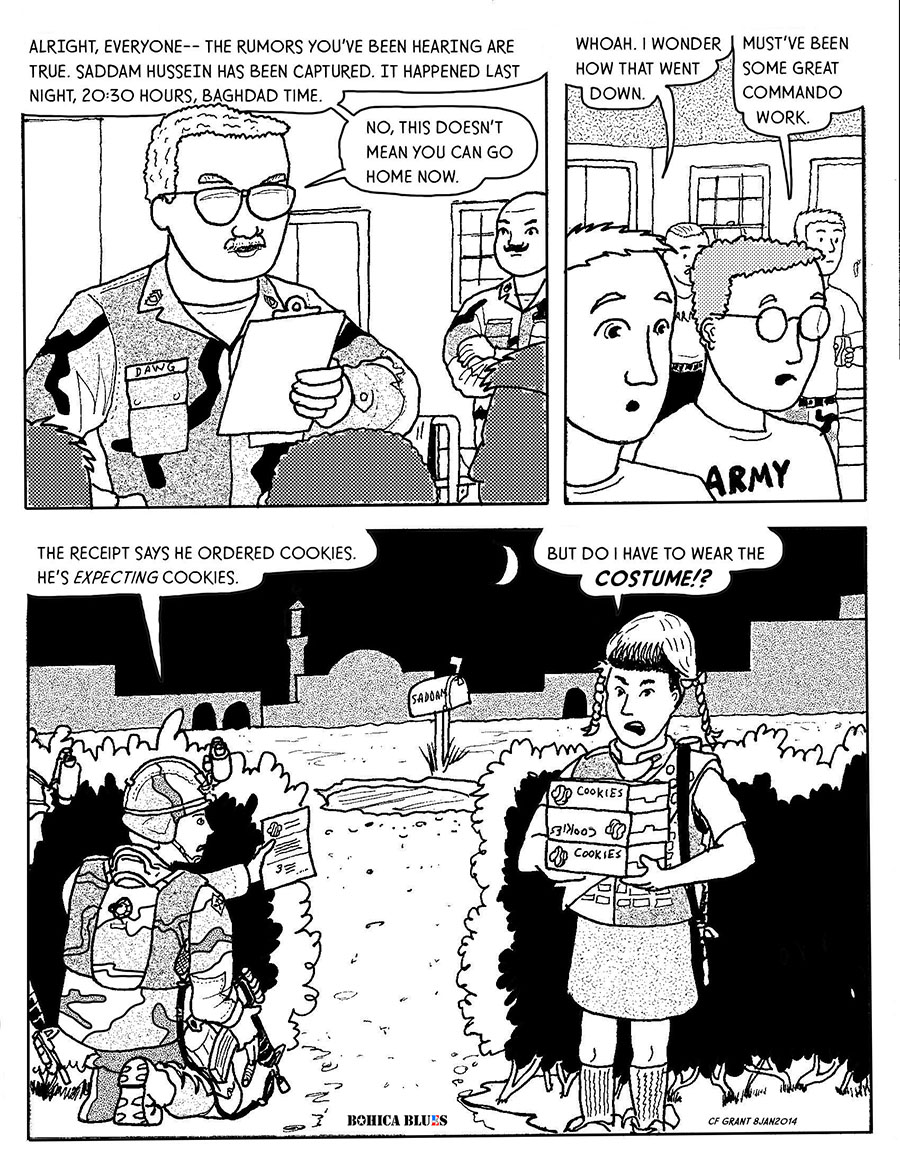 The Capture of Saddam

Yeah, we were in Ft. McCoy when word came that Saddam Hussein, the dictator of Iraq, had been captured. We tried to imagine what happened; details were scarce for us at first. Thanks to movies and TV, there’s always the idea that commandos with bayonets clenched in their teeth braved hell and high water to reach their objectives; I like to poke fun at that notion and hypothesize that maybe it was more like when Bugs Bunny puts on a dress to distract Elmer Fudd. And everyone’s addicted to Girl Scout Cookies, so they really are perfect bait.

In truth, I don’t want to downplay the seriousness of the mission, or the guys of the 4th Infantry Division that participated in the capture, which was called “Operation Red Dawn” (this was before the silly North Korea version in 2012). After all, when I first joined the Army, way Back In The Day, I was in the 4th ID. Good job, home team.