Oh Yes They Are 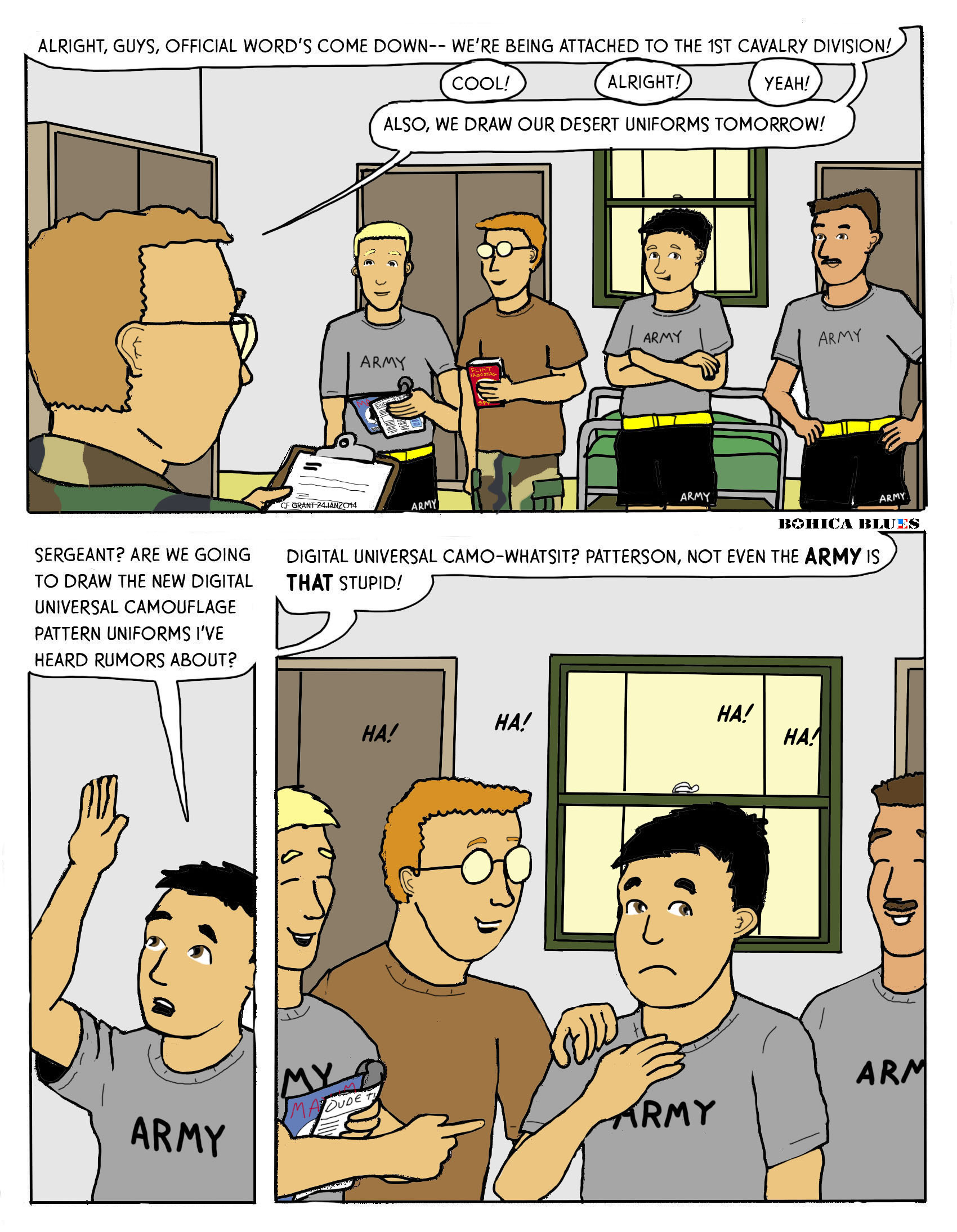 Oh Yes They Are

August 2015: Rumors of the new “digital camouflage” uniform had been floating around for some time. We all knew the Army wanted to come up with a cool digital camo ever since the Marines came out with theirs. No one was really looking forward to it, since as far as we were concerned, the “Woodland” and “Desert” camouflage we had seemed just fine. But we knew it was coming, because you can’t give one kid a new toy and not give the other kid a similar new toy, unless you want to see an epic tantrum.

The only real uniform change we cared about was getting rid of the beret for daily wear, but we knew better. Nope, we were headed down the dark path to “digi-cam”, and there was no dodging that bullet.