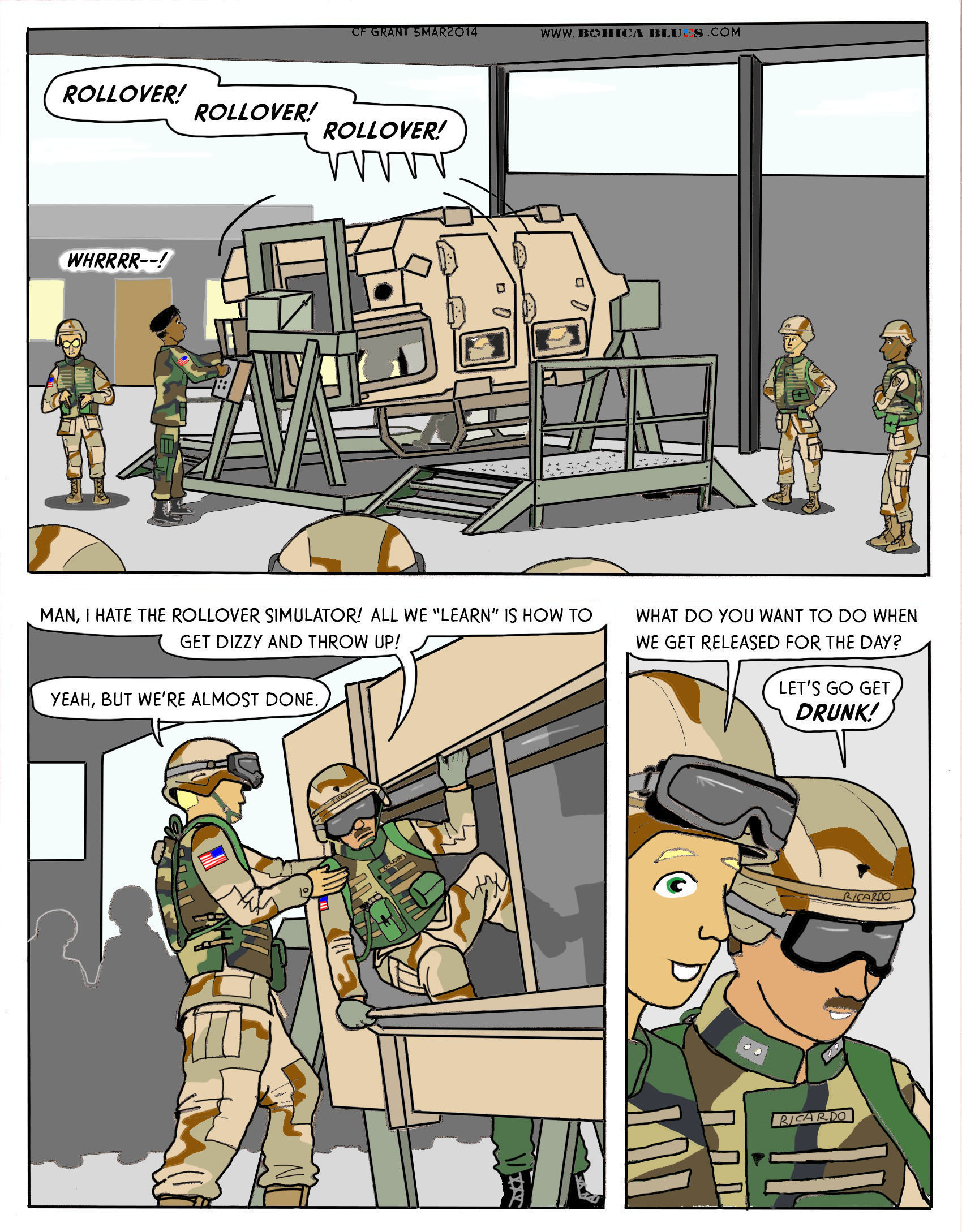 September 2015: Soldiers were getting killed when their heavy vehicles were tipping on uneven roads, and rolling around inside. The solution: train them to survive a rollover by rolling them around in a rollover simulator! We really do train on these, and those of us who drive in HUMVEEs or similar vehicles have roll-over drills from time to time.

The first time is kind of fun; it’s like a carnival ride. After that, it gets annoying quick.