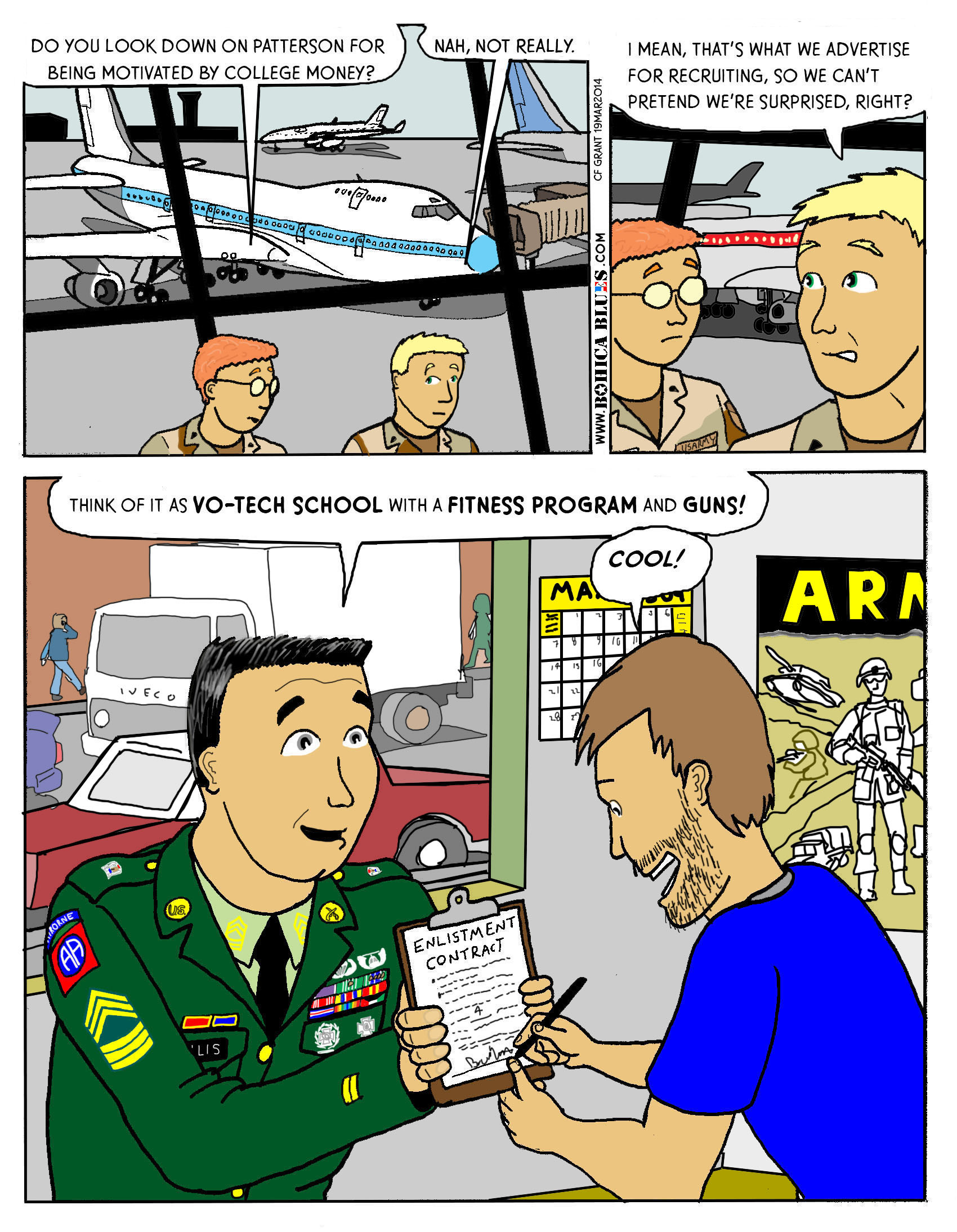 This is one of the things about the Army culture that always bugs me. Whenever there’s a crisis, and Soldiers get sent over somewhere, people gripe that they just signed up for the college money. When that happens, other Soldiers scoff at them.

But here’s the problem: our Recruiting is geared specifically towards “college benefits” and “learn a skill to get you a better job in civilian life”. They aren’t even in the Army yet, and they’re already preparing for what they’re going to do when they get out. Now, the Army is an obstacle they have to endure on their way to their real goal. No wonder so many of them never really settle into military life, or get their head in the game! Not to mention you’re searching for, and getting, people who are told that the Army really is just a vo-tech experience.

All that being said, in fairness it’s not like the Army’s a big secret and no one knows what happens here. So, there’s that…

And, for the curious? Master Sergeant Tim Willis, there, as a Recruiter, years after telling young Private E-2 June Ransom what war was like …in Grenada.