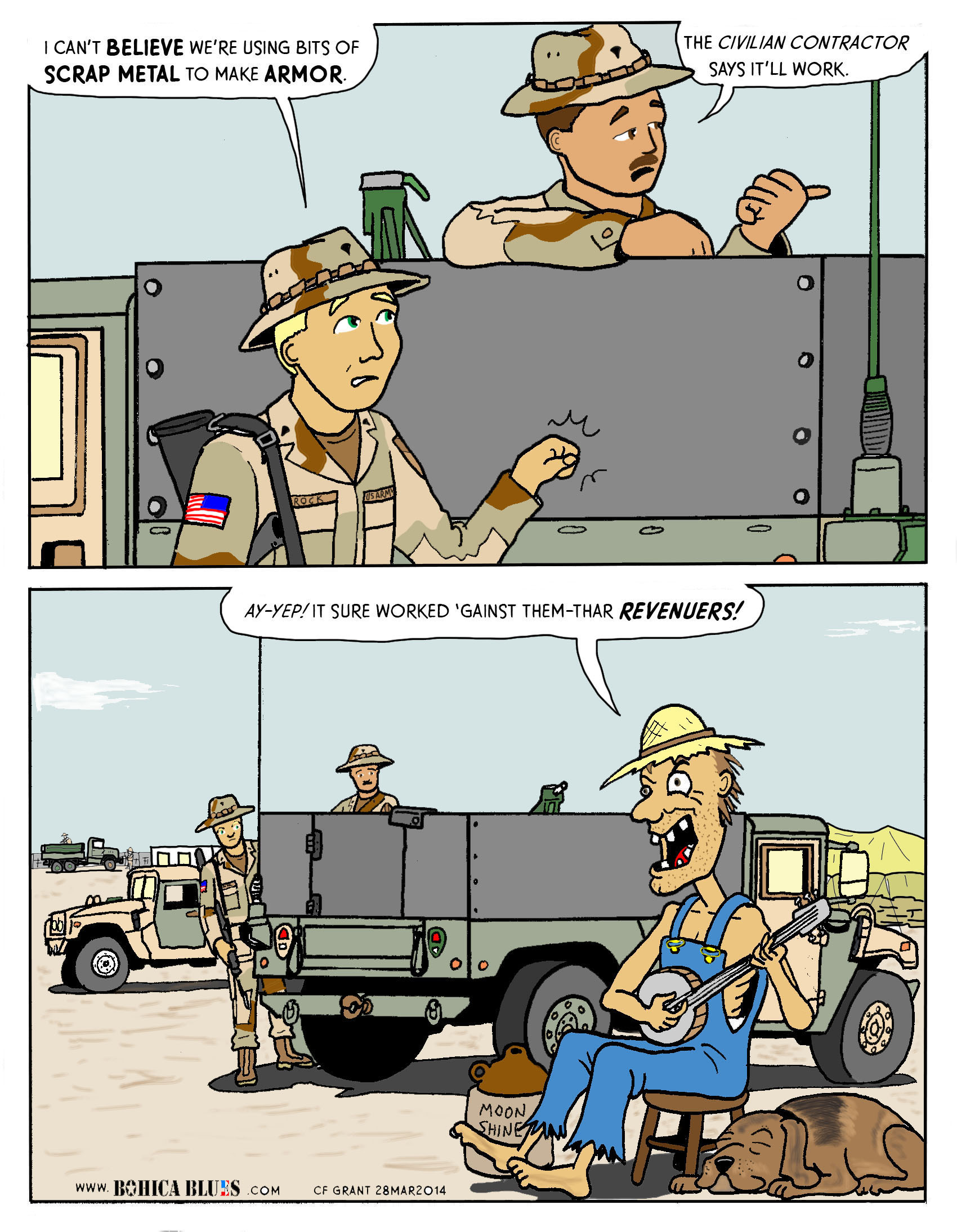 During the first couple years of the Iraq War, there were no provisions to properly armor most Army “soft-skinned” vehicles. Tanks, Armored Personnel Carriers, etc, were just fine– but trucks, Humvees, and similar utility vehicles were mostly armorless, or had minimal armor. We had to salvage scrap metal, and home-made “kits” or pre-cut sheet steel, from local providers. The floors were lined with sandbags to help mitigate damage from mines. We called it “Hillbilly” or “Mad Max” armor. The vehicles frequently had mis-matched colors or hasty paint jobs, adding to the rag-tag appearance.

Eventually proper up-armor kits reached the front lines, but after over a year of dangerous operations with inadequate armor. And, of course, Humvees got to us factory-made with armor, better suspension, and so on– and then, eventually, we got MRAPs, the Mine-Resistant/Ambush-Protected vehicles (there will be more about them featured later). But it was a steep learning curve.