Getting There is Half the Fun 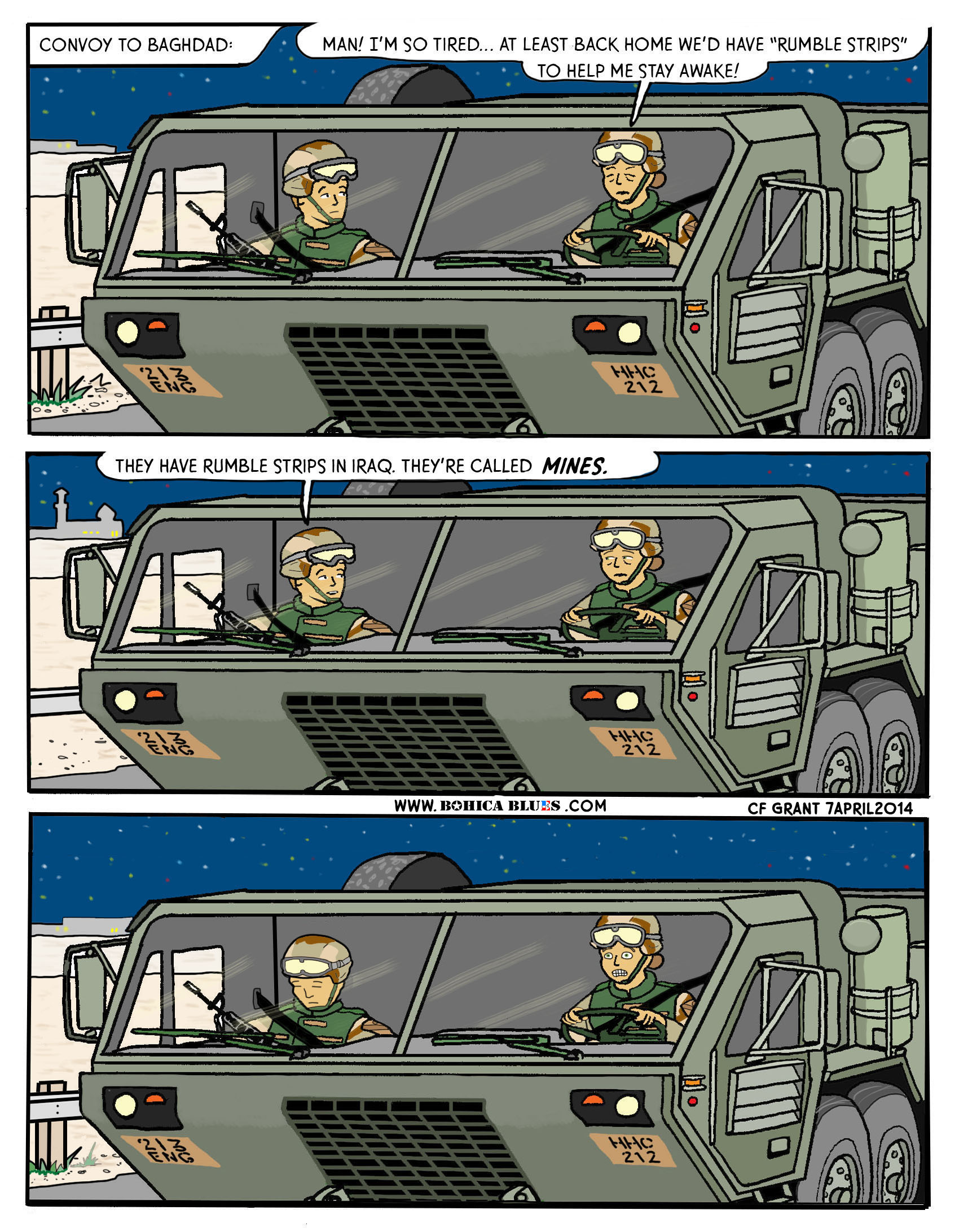 Getting There is Half the Fun

I was surprised at how “normal” the Iraqi freeways were –very similar, in many ways, to American Interstates. They were a bit less “formal”– in some areas they allowed side roads to approach directly– but mostly it was a normal major highway that most of us would be comfortable with in the States or Europe. After years of sanctions the roads were in disrepair, with curbs and retaining walls crumbling, but it was obvious that at one time, when funded, they’d been good roads. No rumble strips, though.

The characters are random HHC (Headquarters & Headquarters Company) personnel; they may make cameos from time to time and remain unnamed (although a Patreon contributor could lay claim to them, nudge-nudge-wink-wink). The truck they are in is a HEMTT, or Heavy Expanded Mobility Tactical Truck, useful 8-wheeled heavy-lift workhorses that we’ll see more of. The acronym “HEMTT” is typically pronounced “Hemmet”.

This whole week will be “Convoy to Baghdad” hijinks, so enjoy!