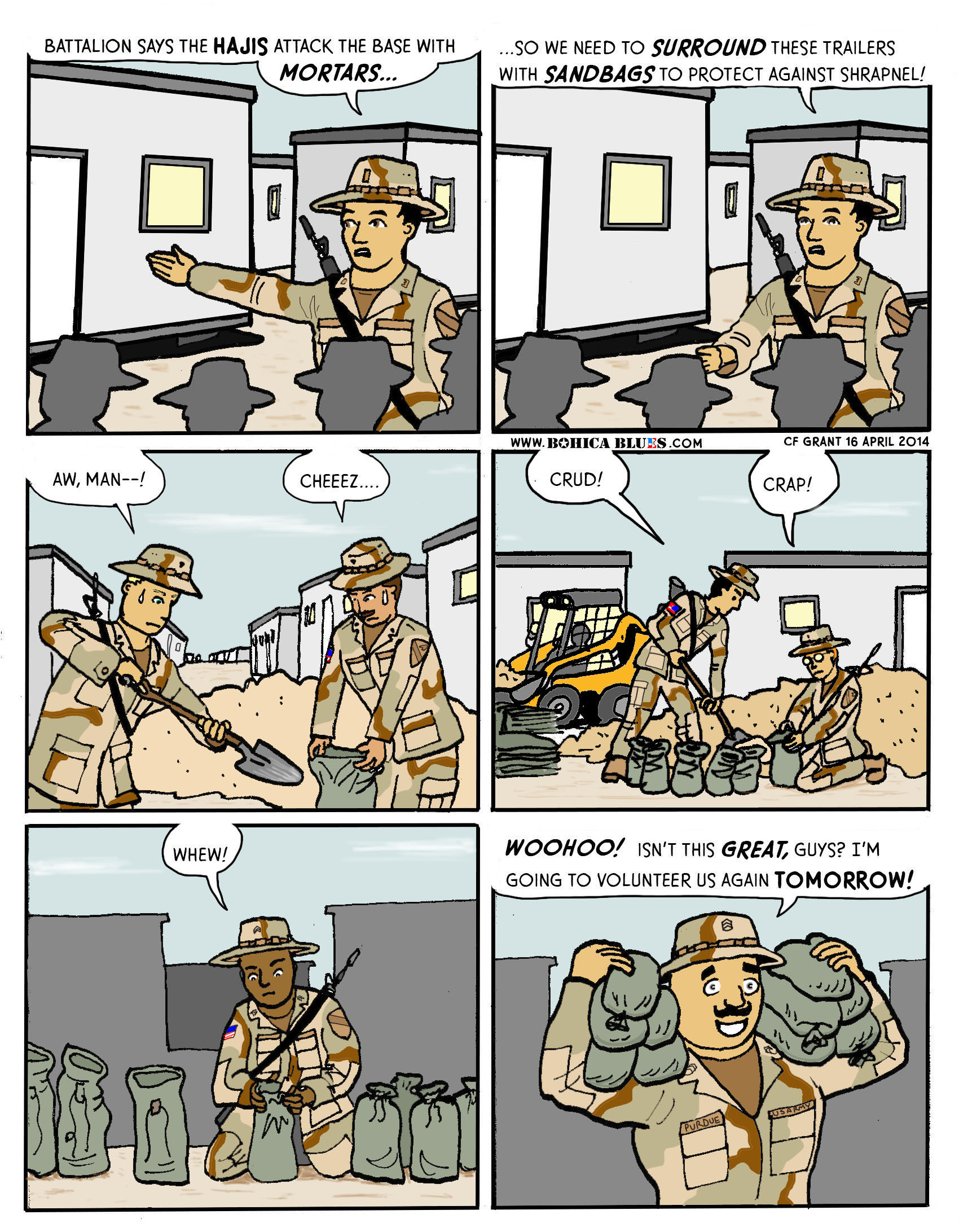 We got there, and we had all these nice trailers… and we had to fill countless sandbags to surround them. Bear in mind we had not been in the region long, and we’d just come from Wisconsin in Winter– we still had more Wisconsin time under out belts then Middle East time. But there we were, with shovels, bags, and tons of sand, doing it the old-fashioned way. Eventually we got Hesco bastions (more on them later) but only after days in the hot sun.

Also, the first use of the term “Haji” in the comic. Some felt that the term was racist, but “Haji” is a term for someone who has gone on the pilgrimage to Mecca, or the “Hajj“, which is one of the five basic tenets of the Islamic religion. So, if the person you are referring to has not gone on the pilgrimage, it is misapplied, but that’s it. If anything, it just shows an ignorance of local society by the person using the term. Right or wrong, it was the term most frequently used, and to pretend otherwise would be dishonest.