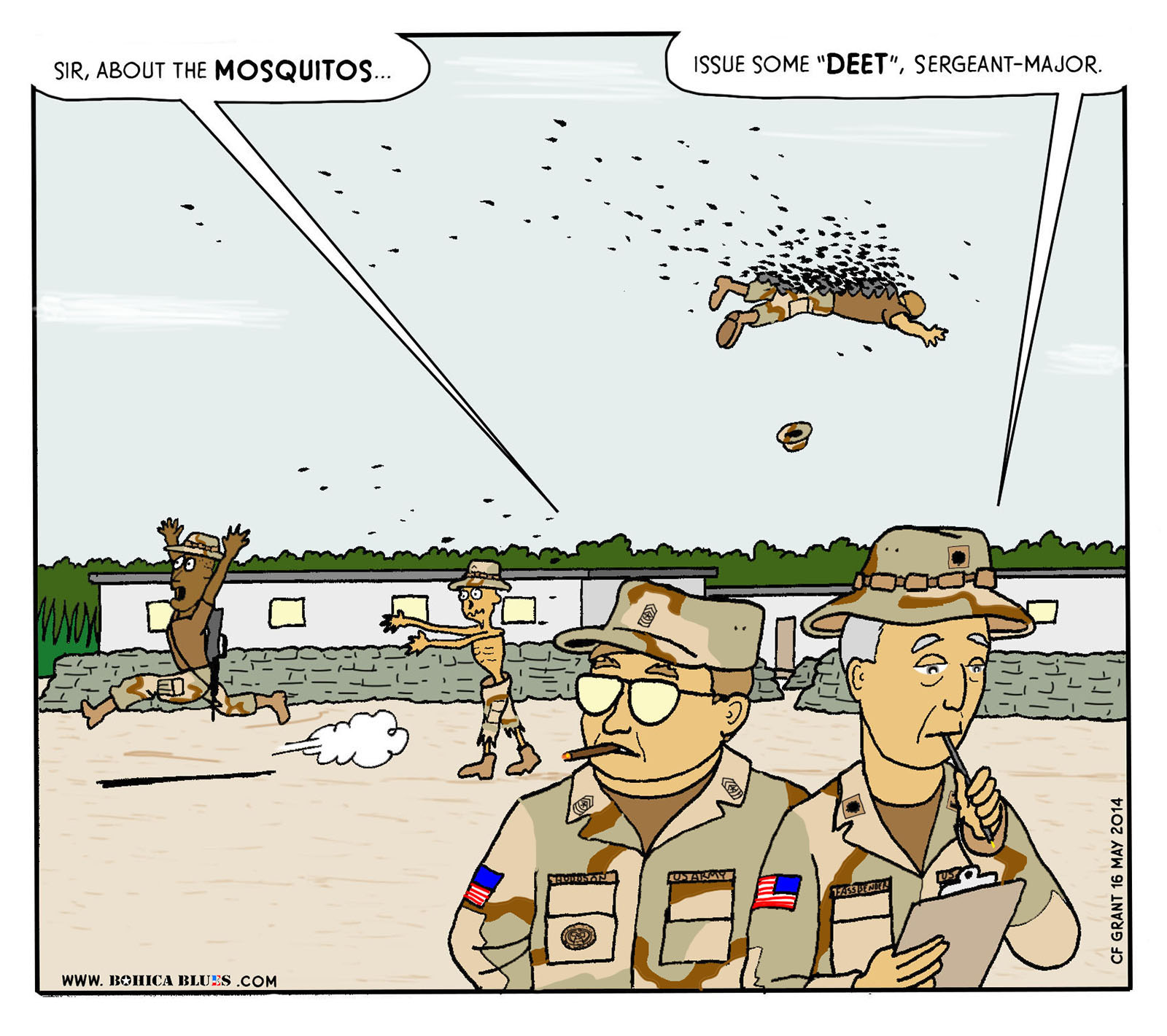 16 MAY:
Eventually the chain of command issued DEET, a powerful insect repellant. It took them long enough. I don’t know why it was delayed; I’m sure the stuff has some health concerns but then so does malaria and infections that result from breaking the skin when scratching mosquito bites too much. Or it could just be that it took awhile for the supplies to catch up with us. Anyhow, we finally –Finally!– got some insect repellent.

Anyhow, sorry to beat the mosquito subject to death, but it was a real issue at the time and the comics this week have all been re-makes of originals done in Iraq.

EDIT: Apparently, I put this comic up earlier today with a serious spelling error. It sat here for 22 hours before it was brought to my attention. I tried to just edit the image but I kept getting “connection lost” so I finally just had to trash the whole thing and re-post. Sorry about any confusion.