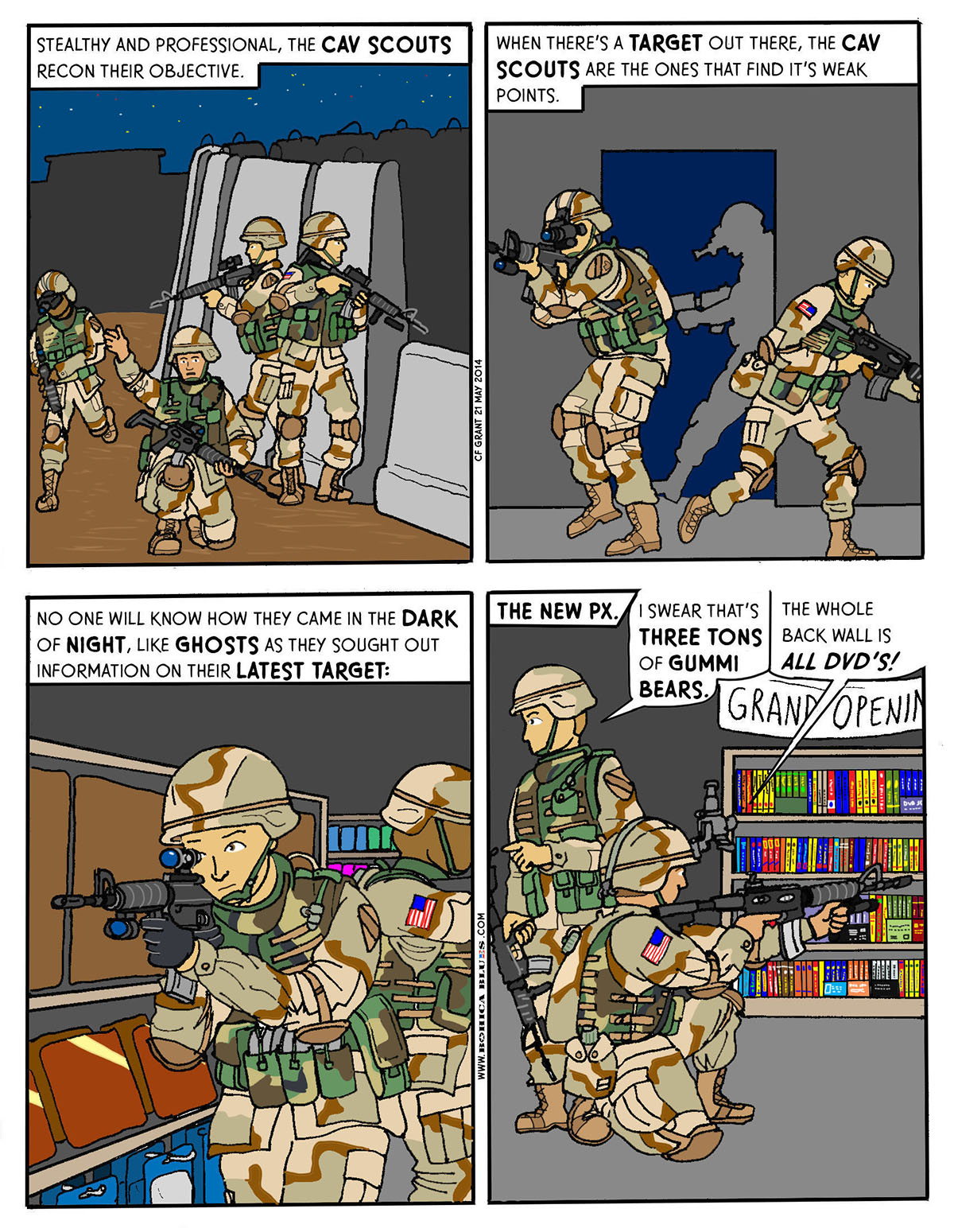 21 MAY:
The new PX that was built at Camp Victory was huge, at least compared to what was there before. Previously there’d been what was essentially a large tent with some dusty boxes, open on top, to pick through equally dusty merchandise. The new one was also, technically, a sort of tent but it was one of the big rigid-frame models with thick, insulated fabric stretched over it. You could play a basketball game in it. Climate-controlled and everything– by the time they were done putting in everything it was so much like a regular brick-and-mortar store we felt right at home.

And there was a rumor that the Cav Scouts from Blackjack Brigade broke in and looked around to see what was there. Didn’t steal anything (so the rumor went) but confirmed that the whole back wall was a giant display of DVDs, both individual movies and boxed sets. Remember, we had little to do, so DVDs, CDs, computer games, and so on were more valuable than gold. Of course, “having little to do” was a condition that was going to change for us before too long.