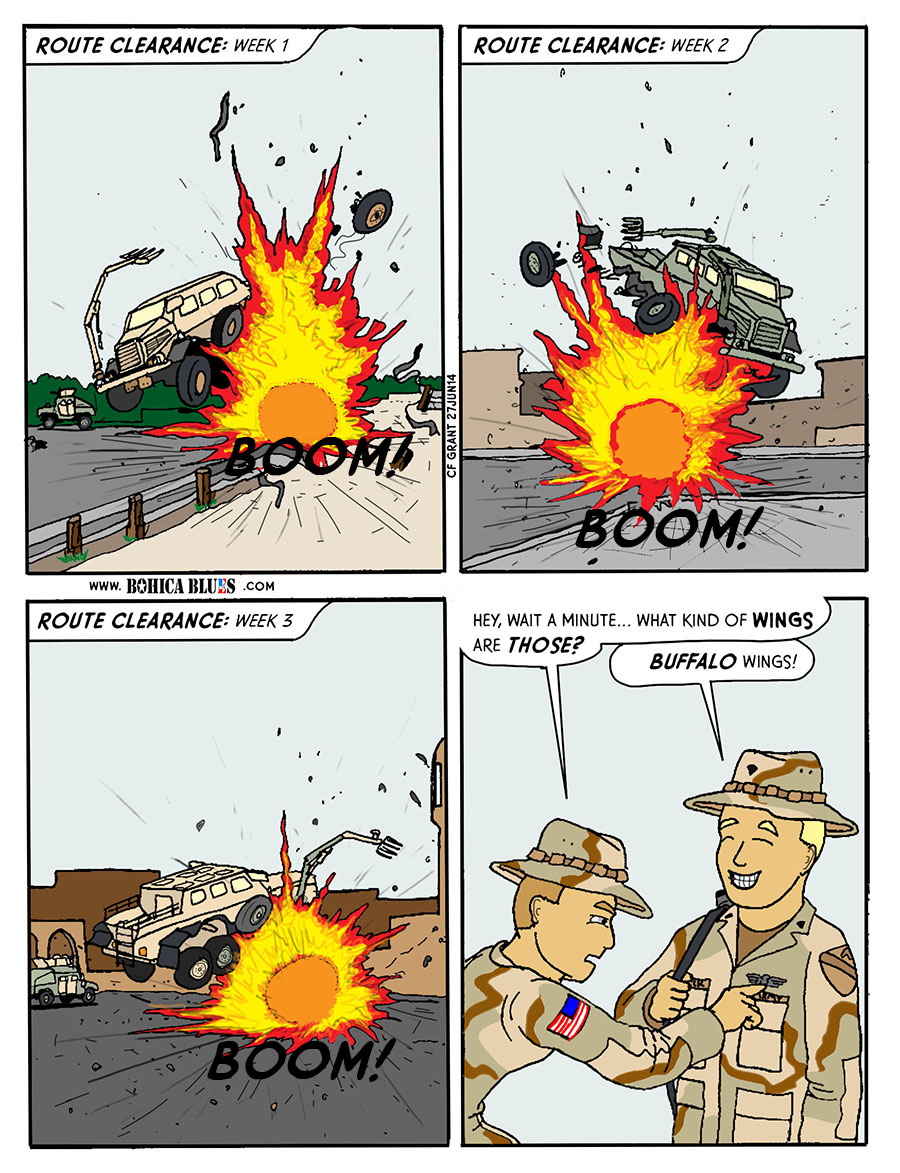 27 JUN:
In the Army, you can earn various award badges to wear on your uniform. Among the most common are “wings” for Paratrooper or Air Assault training achievements. These are not the only awards, but some of the ones you see most frequently. There are also awards for earning an Expert Infantry achievement, Field Medic badge, and so on. But “Airborne” and “Air Assault” earn wings. Airborne wings signify that the wearer has undergone paratrooper training, and jumped out of a perfectly good airplane with nothing but a parachute between them and a hard stop on the pavement. Air Assault wings mean the wearer has trained to rappel out of helicopters, like in the movie Black Hawk Down. Some people go on to earn both sets.

I think there should be a set of wings for Combat Engineers that rode in the Buffalo MRAP (Mine-Resistant/Ambush Protected) vehicles that survived explosions. The Buffalo weighs several tons, and getting one of those blown into the air is a significant achievement that is wing-worthy. But that’s just my opinion.

For the record, I have not undergone any “wing-worthy” training involving jumping out of aircraft. I rode to battle everywhere in big metal vehicles with tracks. Those Airborne and Air Assault guys like to think they’re pretty cool, but I know once the fun part is over, they have to walk from there on out. I’ll ride, thank you, along with my 20 kilos of beef jerky and Skittles.