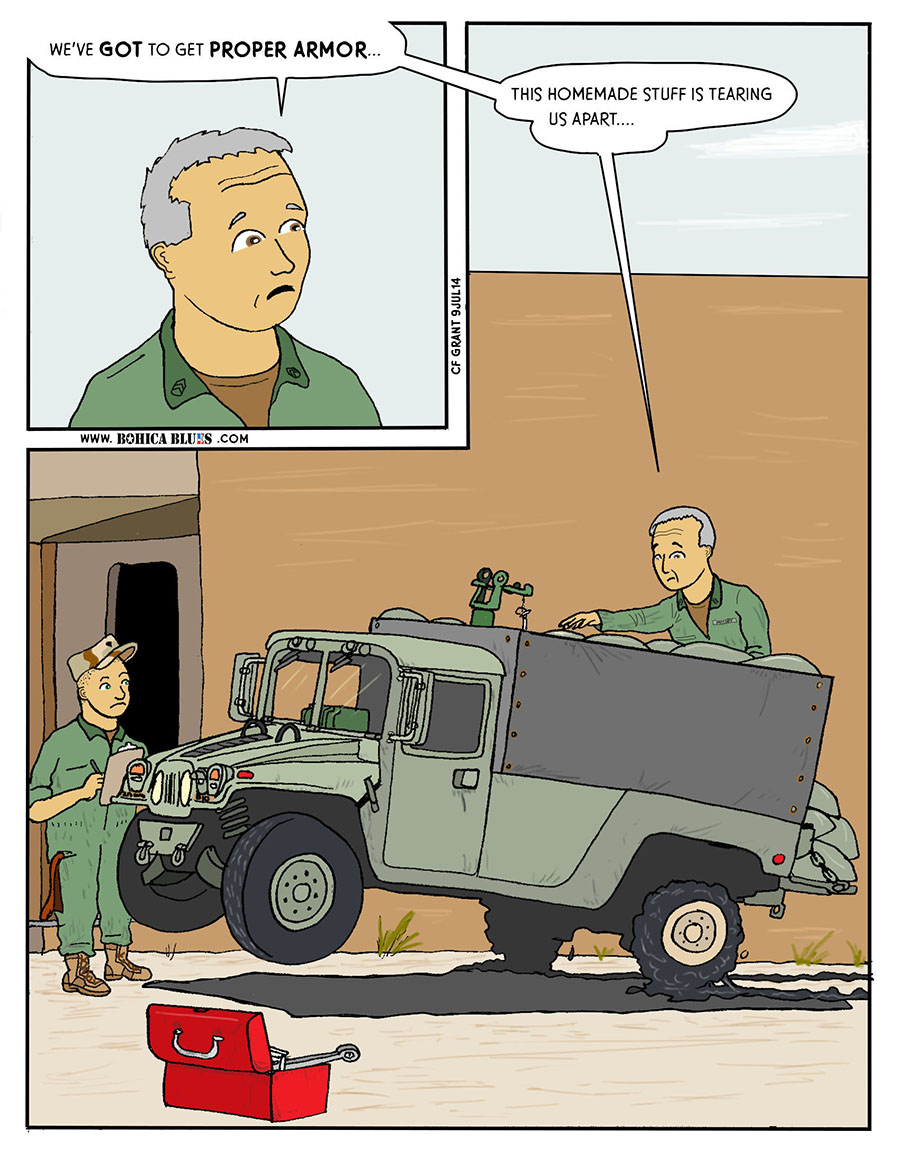 We were running the Taji-to-Tikrit run every other day. We had two platoons with is (a “Platoon” is about 20 to 30 people on average, some can have up to 40, or as few as 15. It all depends on what kind of jobs they do) and we’d switch off. However, not all vehicles were combat-able at all times, so sometimes a vehicle would be used every day.

Bear in mind we had basic utility-truck Humvees; these were never meant to be combat cars. The plate steel, sandbags, and plywood we had in them was seriously overloading them, not to mention putting in anywhere from three to five big guys with their own armor and equipment, machineguns, grenade launchers, extra ammo, fuel… all in the hot desert sun on miles of blacktop that would get up to 140 F. Our trucks were being driven into the ground, and at one time we had gone through so many tires (and ordered so many replacements) that our detachment was actually investigated because someone was certain we were selling the tires on the black market or something. No, we really were wearing through tires in just a couple of weeks.

The real heroes of Taji were our mechanics. Those guys worked tirelessly, through all hours of the night, to see to it that we had combat-ready vehicles each morning. Far as I was concerned, there wa sno amount of praise that was enough for how hard they worked.