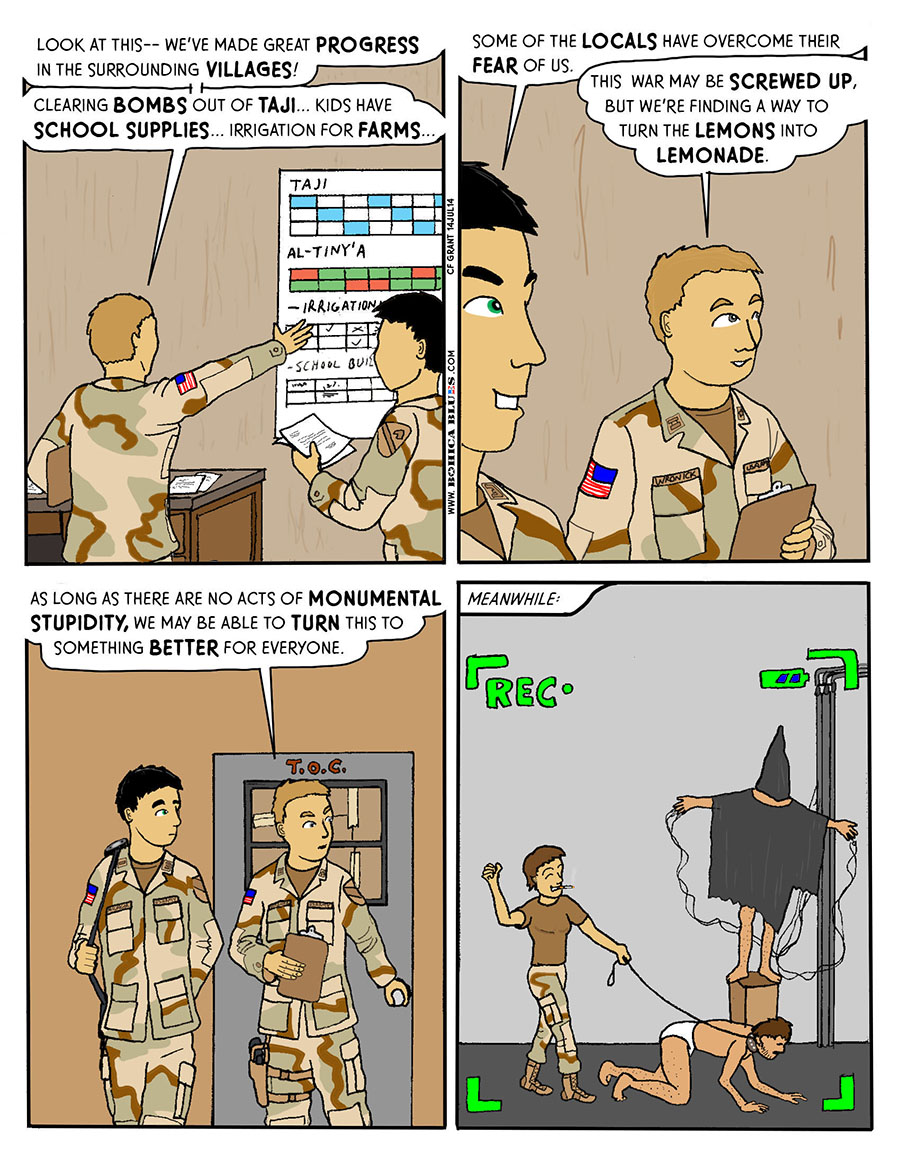 14 JUL:
An act of monumental stupidity: what more needs be said? Most of us already knew that the war was based on shaky grounds– Saddam Hussein had nothing to do with the 9/11 attacks, no WMDs were found (although at the time there was still some diminishing chance that there might have been, somewhere), and “bring freedom/democracy/etc to Iraq” was flimsy post-rationalization. But, since we were there, and the apple cart was already kicked over, we may as well do something to mitigate the damage.

The Abu Ghraib thing, obviously, did nothing to help. I remember most of us felt a deep sense of dismay & anger at the time when this became public; not just for the “ideals & principles” aspect but also for the obvious reason that this would inflame local opinion and make our jobs in the field more dangerous. Idiots like this draw fire for all the rest of us, but they had the ability to stay huddled behind their walls, relatively insulated from the direct results of their acts of monumental stupidity.