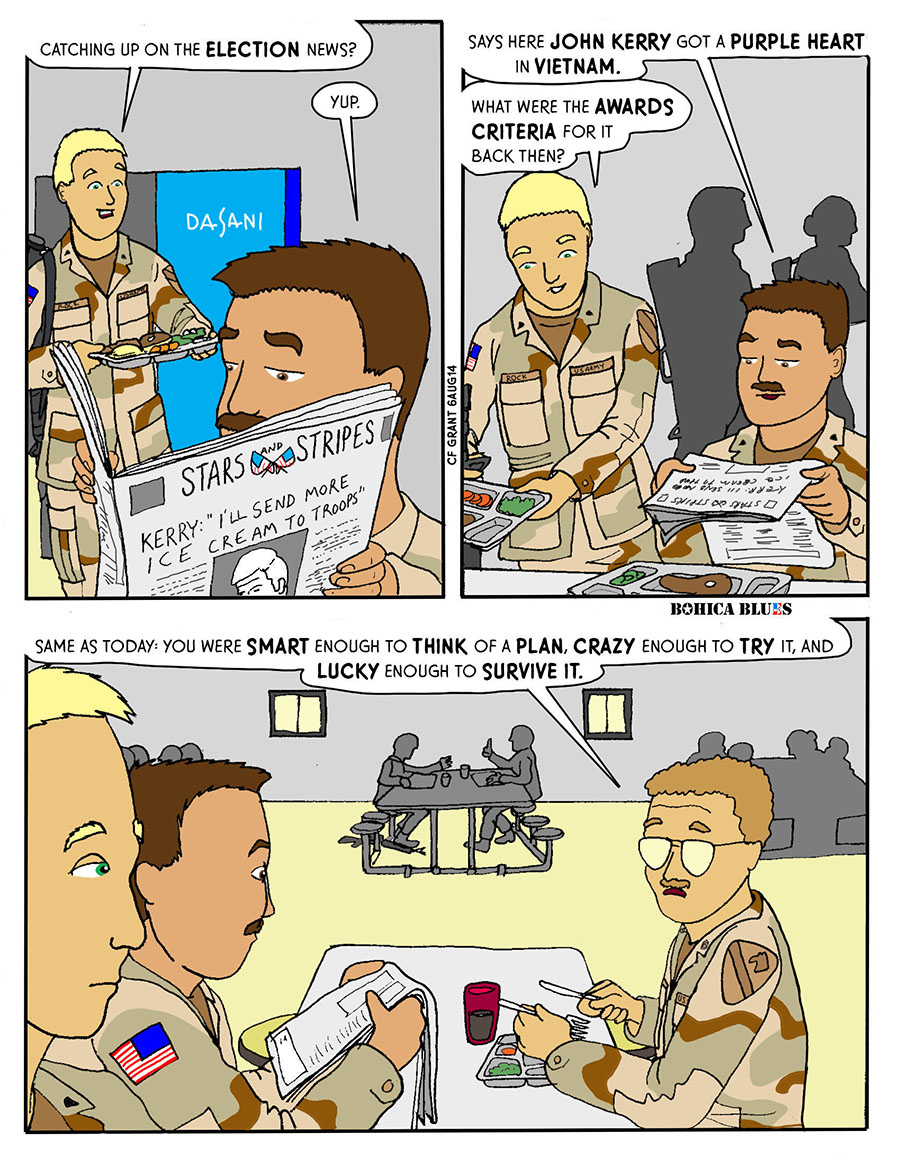 6 AUG:
The universal criteria for being awarded a Purple Heart.

The “Purple Heart”, for those unfamiliar with it, is the medal you are awarded for surviving a wound from the enemy. So if you slip and fall in the barracks shower and break your leg, no Purple Heart. But if you are wounded by an enemy’s action (bullet, shrapnel, knife, etc) then you are awarded this medal. Obviously, it is not truly something you “win”– you get awarded it, but it isn’t a “Yay, this is great!” kind of thing.

John Kerry ran for President in 2004, and he was a Vietnam War veteran. As far as I know, he and John McCain are the only two Vietnam generation veterans who got close to the Presidency. McCain was a prisoner-of-war, held by the North Vietnamese for some time, and he got the P.O.W. medal– another one in that class of “I could have done without this” kind of “award”.

Comment in reply to Miscreant Mutt:
You’re right! I forgot about Al Gore. Combat photographer, if I remember correctly. Mostly when I think of Al Gore, I think of “the Environment guy” –although, for the record, I feel that being good stewards to the environment is important.