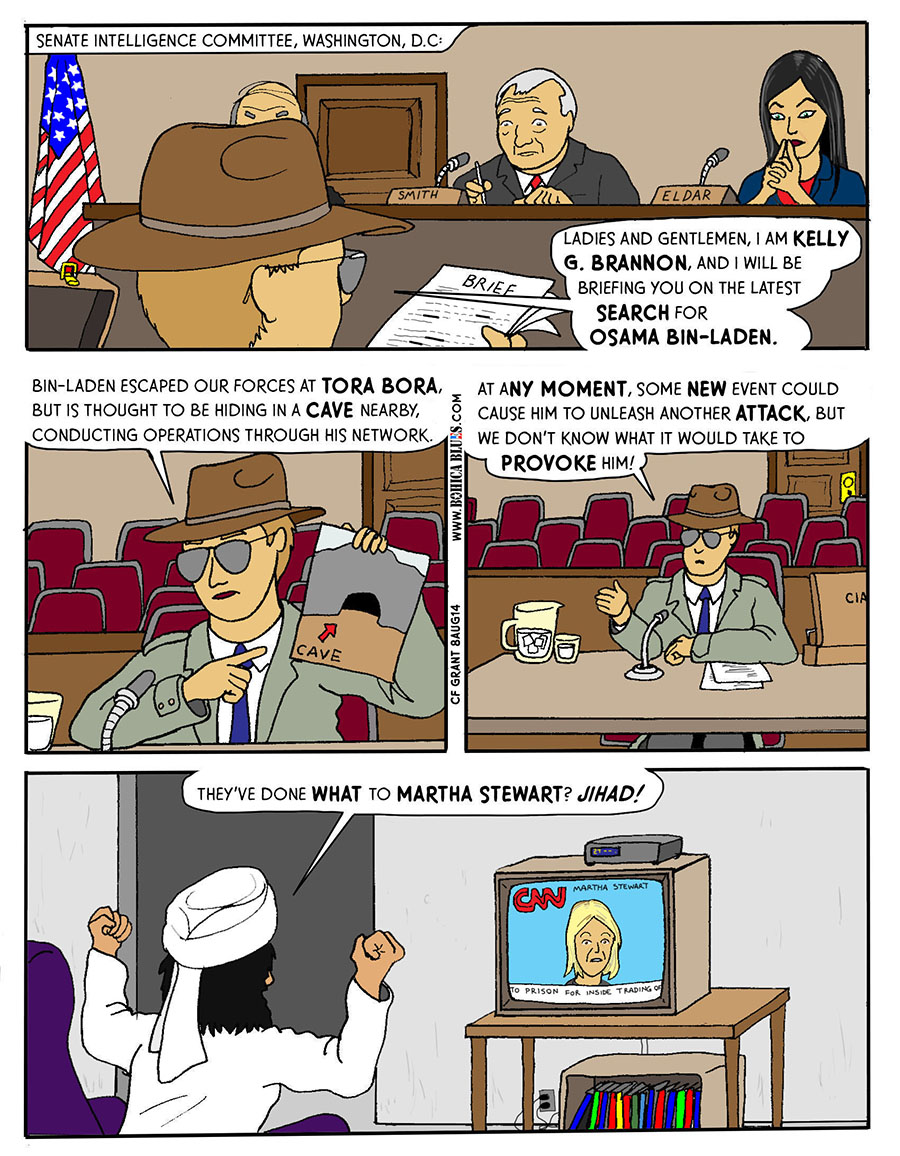 8 AUG:
Of course, this whole time, no one knew where Osama bin-Laden was. The guy who was behind the 9-11 attacks was thought to be hiding in a cave (thanks, Agent Brannon, for providing those helpful visuals) in Afghanistan or Pakistan. Of course, years later, we found he was living in Abbottabad, Pakistan with three of his wives (how many times in one night do you think he had to take the garbage out?).

One of my comics originally done in Iraq hypothesized that Osama bin-Laden was just waiting for the right reason to come back out into public action. I wondered if the jailing of Martha Stewart on securities fraud charges would be the catalyst; it’s not like caves (where we assumed him to be hiding) come with a lot of amenities and Martha’s articles could have been instrumental in sprucing up the place.

CIA Agent Kelly G. Brannon is actually one of my oldest cartoon characters; he predates Joe Rock by 5 or 6 years, actually. I once made some really silly, over-the-top parodies of Cold War era spy-action comics featuring him and some ridiculous gadgets and a cast of bizarre characters. I love the cartoon “Archer” because Archer reflects what Brannon could have become if I had really worked on the character over time. He was in the original “BOHICA Blues” black-and-white comics, too, stumbling around looking for bin-Laden, so he may appear every so often here, too. He was also the unnamed spy torturing Saddam Hussein with “Gigli” earlier in this series.

For the next few comics we’ll give ol’ Joe a rest and see what the CIA is up to in the war or terrorism.

Fans of the webcomic “Steampunk Gorgon” may recognize a cameo.