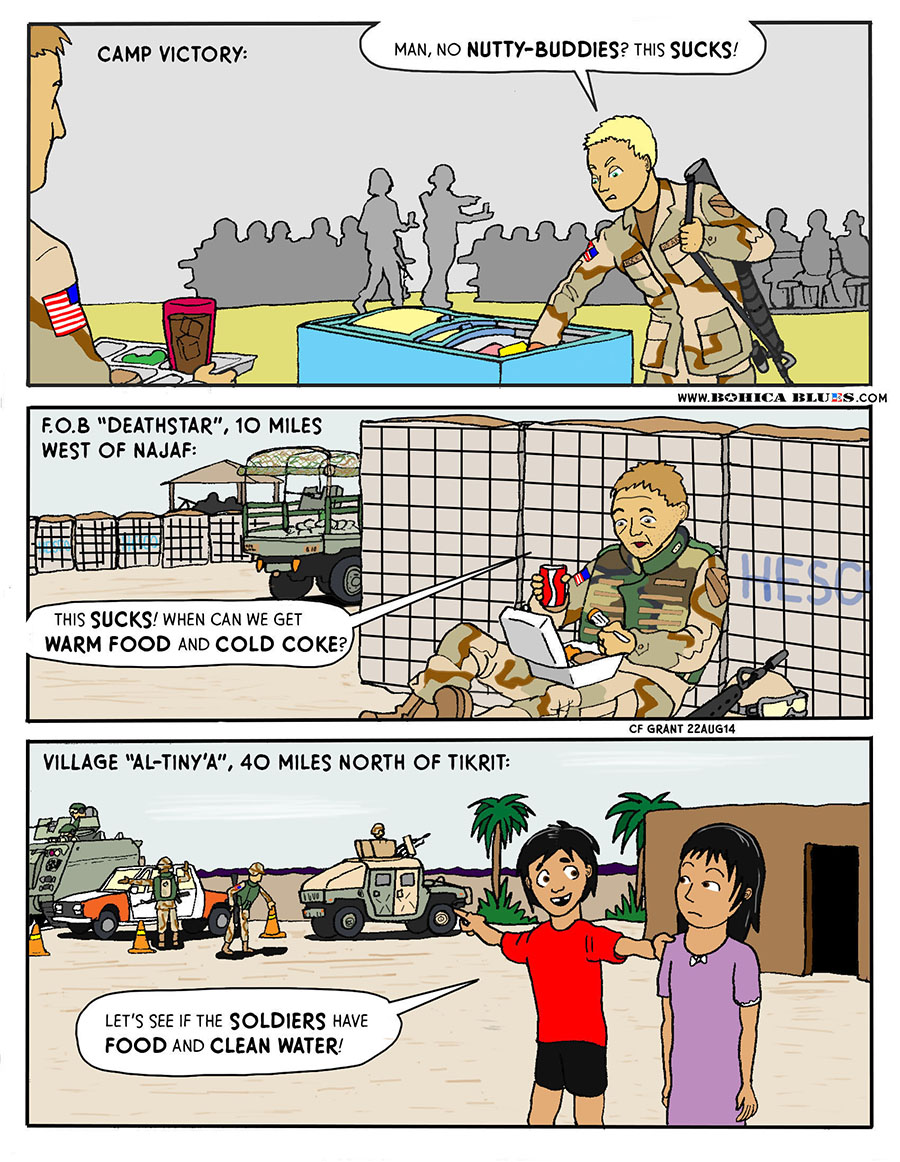 22 AUG:
In Iraq, there were “Forward Operating Bases” or “FOBs”. Some were small, isolated, fortified camps with a high chance at seeing enemy action. The fictional “FOB Deathstar” would be one of these; maybe a company or a couple platoons of soldiers, so maybe 150 to 50 soldiers, depending. There were larger FOBs, and then there were small “military cities” like Camp Victory, which was huge. Those rarely got attacked, although it did happen from time to time. Camp Victory held, at any given time, at minimum two American Divisions’ worth of troops, plus support brigades and battalions, foreign units, and “private security contractors” or mercenaries. So, tens of thousands of people.

People who lived on these FOBs, and who never left them (or who never “went outside the wire” as it was called) were called, were called “Fobbits”. I’ll confess: for a lot of the time I was in Iraq, I was at Camp Victory. That technically puts me very close to the “Fobbit” class; by saving grace I did do missions outside the wire from time to time for all sorts of reasons, so I wasn’t a total Fobbit. But life on the big bases was comfortable, and you got used to a certain standard of living. Almost… Fobbit-like.

So when we ran out of not just ice cream, but certain favorite brands of ice cream that we had come to expect, it was awful, right? And who remembered the poor guys out at the little FOBs who had food brought to them in Styrofoam boxes or Mermites (a sort of heat-retaining insulated food transport box that doesn’t always work too well) when they weren’t getting by on MREs?

But no matter how bad you have it, there’s always someone out there who has it worse. Along the route to Taji and back, there was a huge field of garbage that some people picked through (and may have been living in) to scrape out a living. Where they got water, I dunno– there were pools of standing water; I hope they weren’t using that… and if they were, they were at least boiling the hell out of it…