They Even Have THOSE Channels 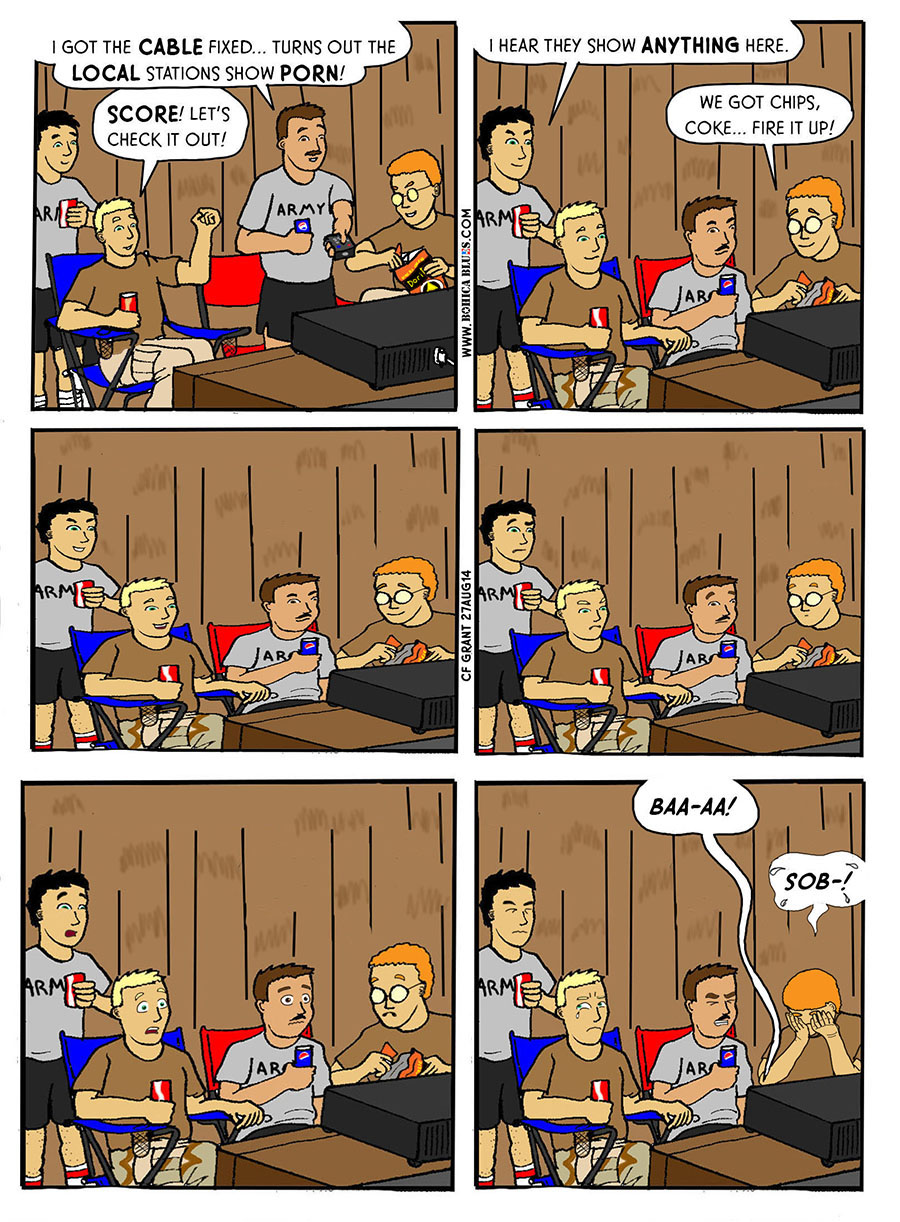 They Even Have THOSE Channels

So, a buyer was apt to get anything– girl/guy action, lesbian, gay, bondage… even barnyard. I’d hear the occasional rumor about someone who fell for the siren call of “GI, wanna buy DVD? Freaky-freaky!” only to have their remaining innocence about the world shattered in the most shocking way. Anyhow, this comic takes the idea of what was possible on the DVDs and assumes it would have been the same for the local cable TV… “Freaky-freaky!“