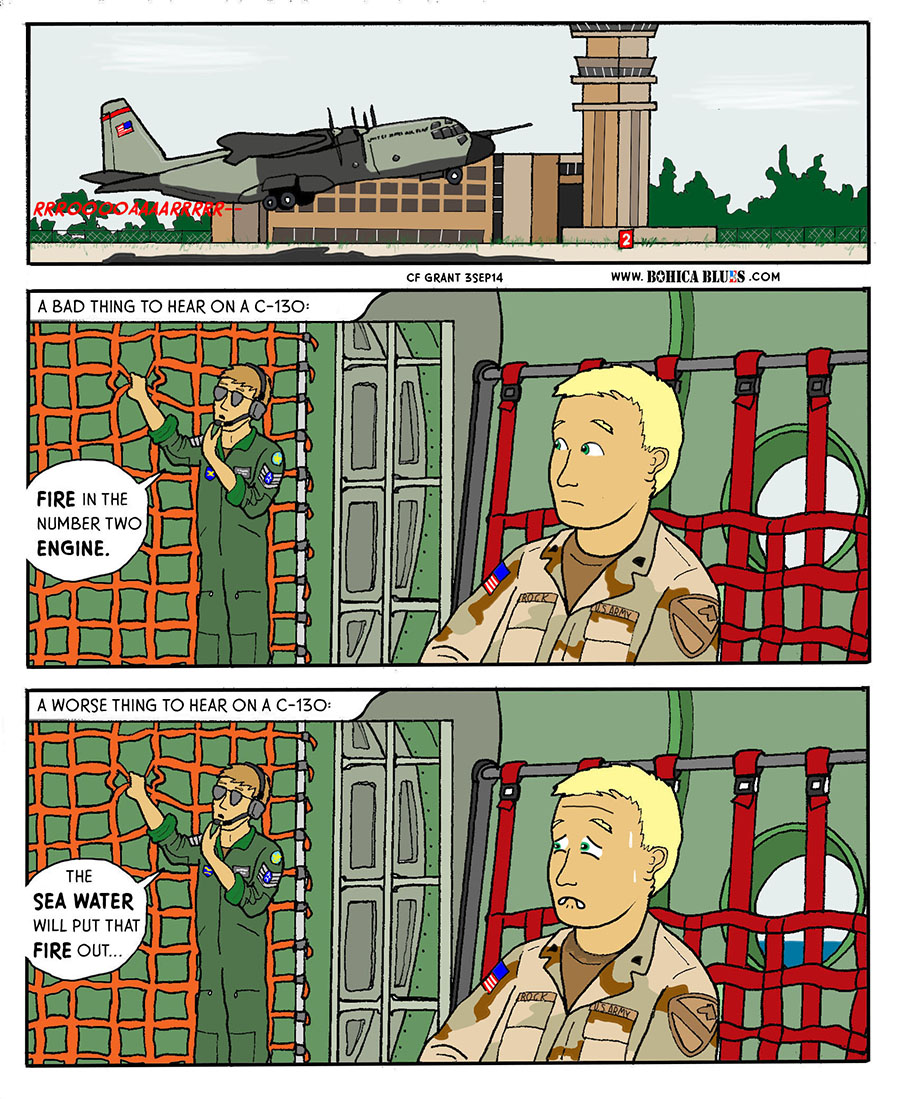 3 SEP:
Really, the C-130 cargo plane is a tough, rugged workhorse. That said, they were designed in the mid 1950’s a replacement for the venerable C-47 Dakota transport plane (among other aircraft, but primarily the C-47). The C-47 was the two-engined transport that dropped Paratroopers in the movie Band of Brothers, which takes place in World War Two. The C-130 is one generation away from that; a 50 year old design.

Of course, that doesn’t mean that the C-130s flying today are that old; in fact I doubt any of those original aircraft remain in service anywhere but in the collections of classical aircraft buffs and museums. Most C-130s today are new-built, but continue to use the 1950’s design. So if anything it is a tribute to excellent design and engineering. That said, you can’t help but feeling like you’re stepping into a time warp, getting on a big, lumbering, propeller transport that looks like something from a World War Two movie.

But I tell you what, a Cessna held together with duct tape would look good if it’s taking you out of Iraq.