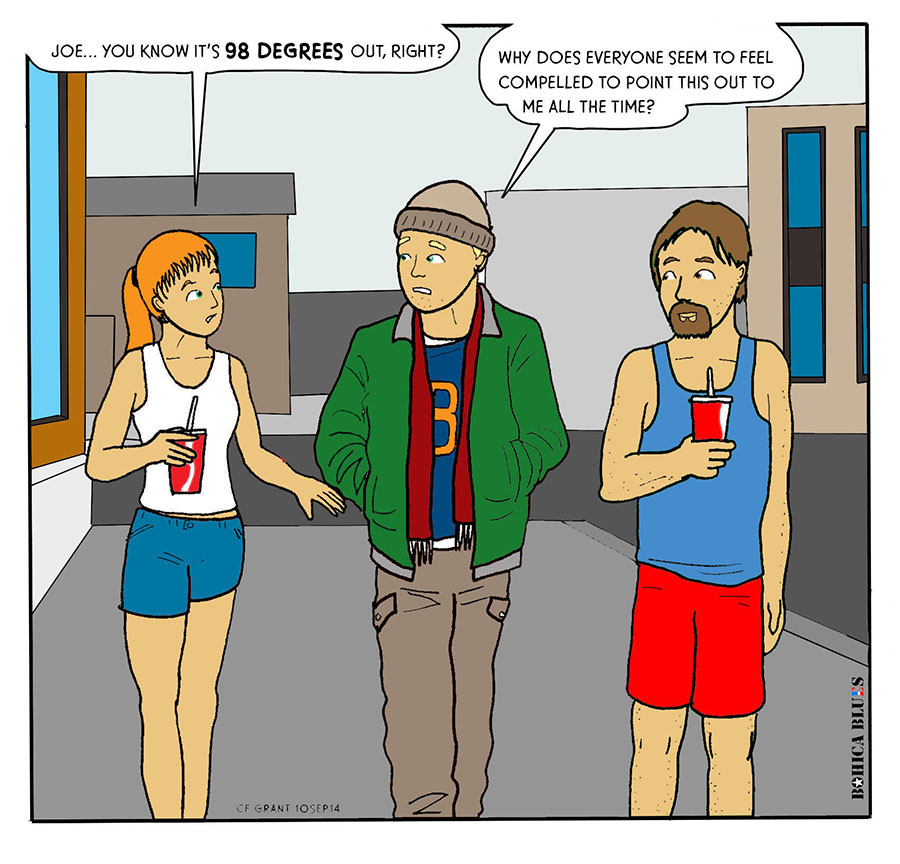 10 SEP:
I had a really sweet, elaborate background all planned for this, but could not get the two pictures to interface properly. I’ve taken a bunch of pictures around Boise and was going to start turning them into static backdrops for future comics, but I somehow have no talent for either dropping background opacity of the character/foreground sheet, or finding a way to separate the characters individually and place them on the background. So I had 5 minutes to whip up the background you see here, which I find aggravating. Back to the drawing board (literally) I guess.

For the record, here is the picture I was going to use for the background. The original photo was actually taken by my wife, who puts up with me as I sit here, slowly stewing in my frustration.

See? That’s awesome. Her photography and my making a wireframe layer of it & filling it in with color… I thought I had this PhotoShop “layer” thing nailed, only to find that I still have miles yet to walk.

The comic? The guy is one of Joe’s friends, Gabe, and his girlfriend, Julie, from Boise State University, where Joe attended 2 years and got enough credits for an Associate’s Degree before deciding to go back into the Reserves for extra college money. Joe has become the Iraq Vet Guy, for whom anything below 100 degrees is “chilly”. For years after returning, I couldn’t tolerate anything under 50 F.