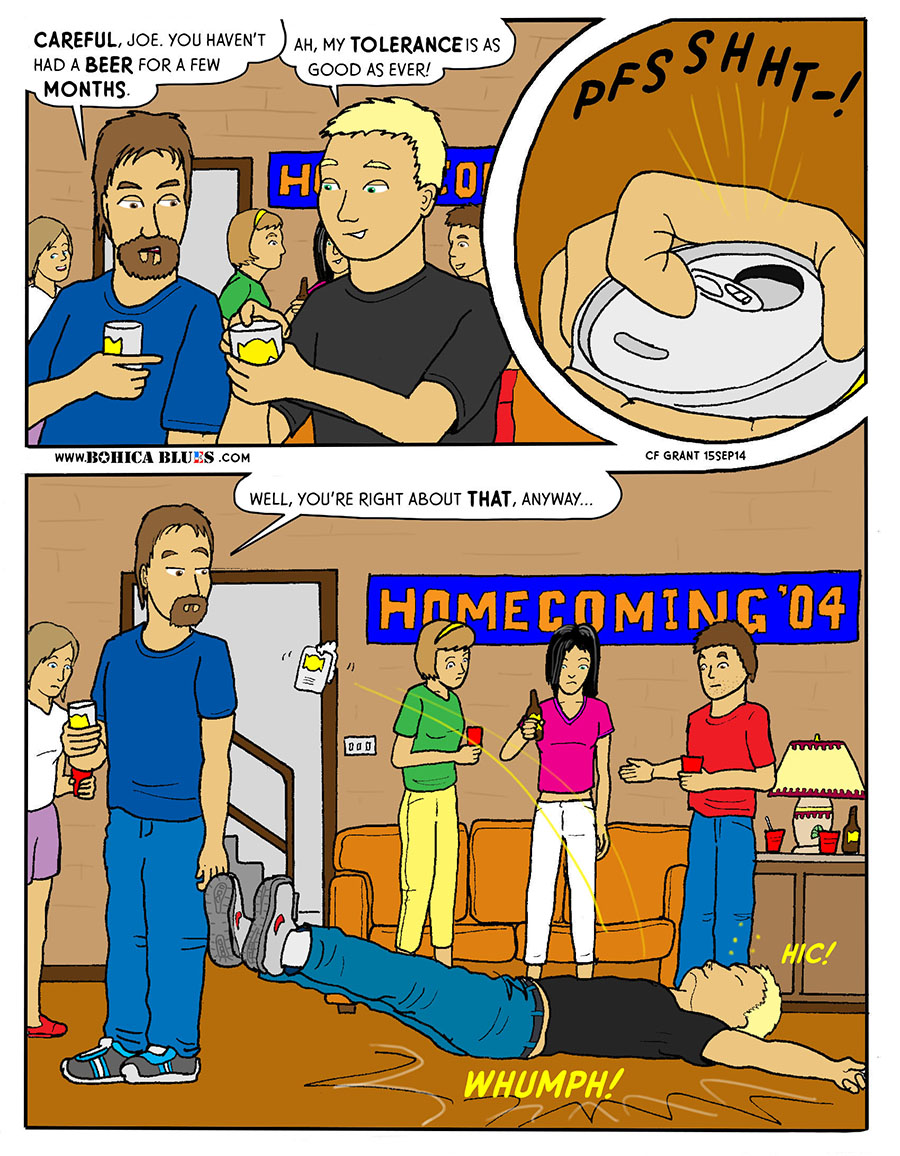 15 SEP:
Many beer-less months will make you a cheap date, that’s for sure. On deployment, we followed “General Order #1? which technically meant that we were “dry”, ie, no alcohol allowed at all, ever. While there were exceptions for limited alcohol for religious services (some Christian and Jewish services require alcohol, such as many traditional Christian Communions) the amounts given were supposed to be in the realm of the “teaspoon” or less. By the time the average servicemember got home to have a drink, they were… more vulnerable than they remembered.

In this case, Joe gets invited to the BSU Homecoming events by his friends who are still in college, and it is revealed that Joe has always been a bit of a lightweight despite some bravado on his part.