One Is Not The Other 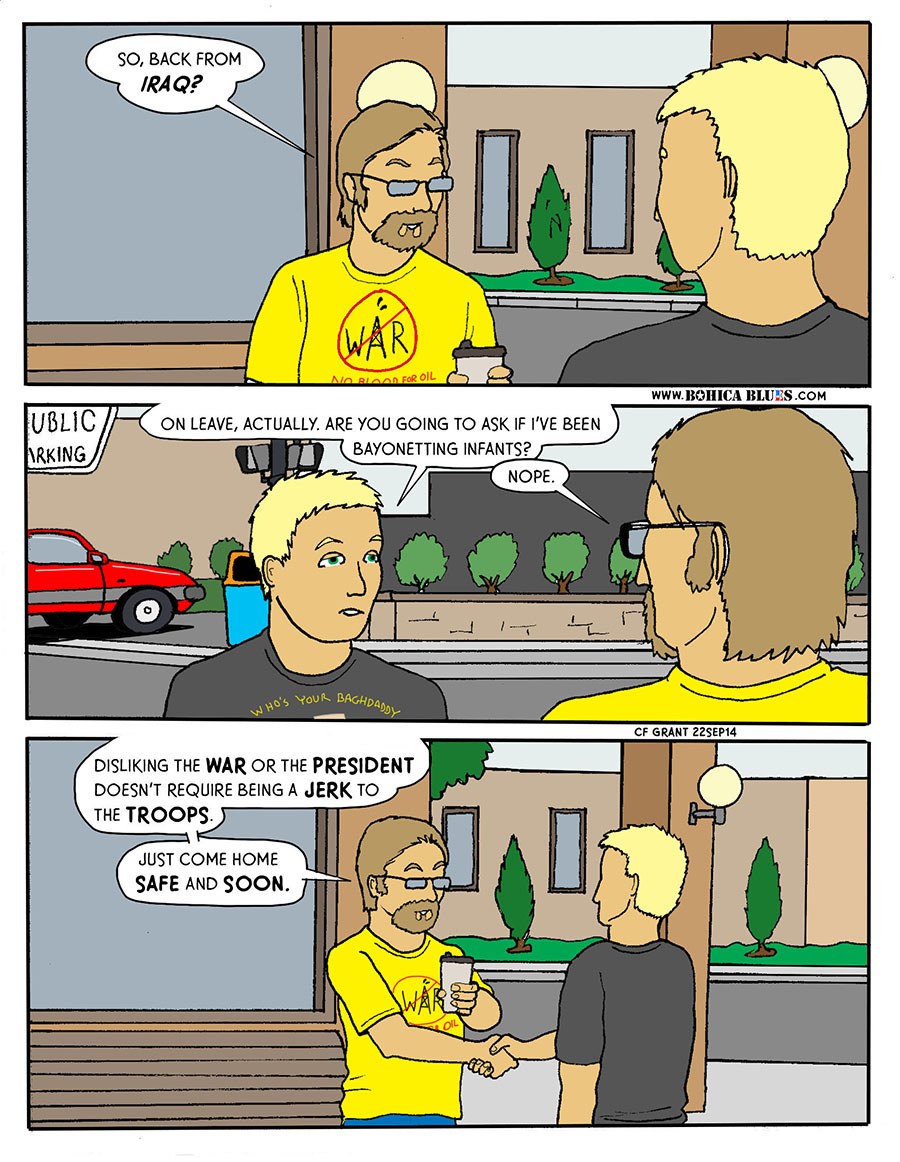 One Is Not The Other

22 SEP:
Now, I admit, individual mileage may vary, but while a lot of the people on the “political left” strongly disagreed with the war, the President, the rationale for war, and so on, the anti-war activists I met were almost universally polite and felt that they were doing their part to “support the troops” by bringing people home from the Iraq war. Of course, this doesn’t mean that only the “political left” was against the war; a lot on the “political right” also opposed it, mostly because it distracted from Afghanistan, where al-Quaeda and the Taliban were. I admit when I heard I was being sent to Iraq, I was a bit disappointed and stated that if I was going to go, I’d prefer to get the people that actually attacked us on 9-11.

In this comic, Joe is a bit defensive. Okay, let’s be honest, he is a bit of an ass, throwing the first sarcastic verbal punch. Joe’s not supposed to be perfect; he reflects his prejudices in that he expects a liberal to be disdainful of him personally, and he gets a bit of a surprise to find that such is not necessarily the case. Respect, even if one disagrees, always gets more traction.