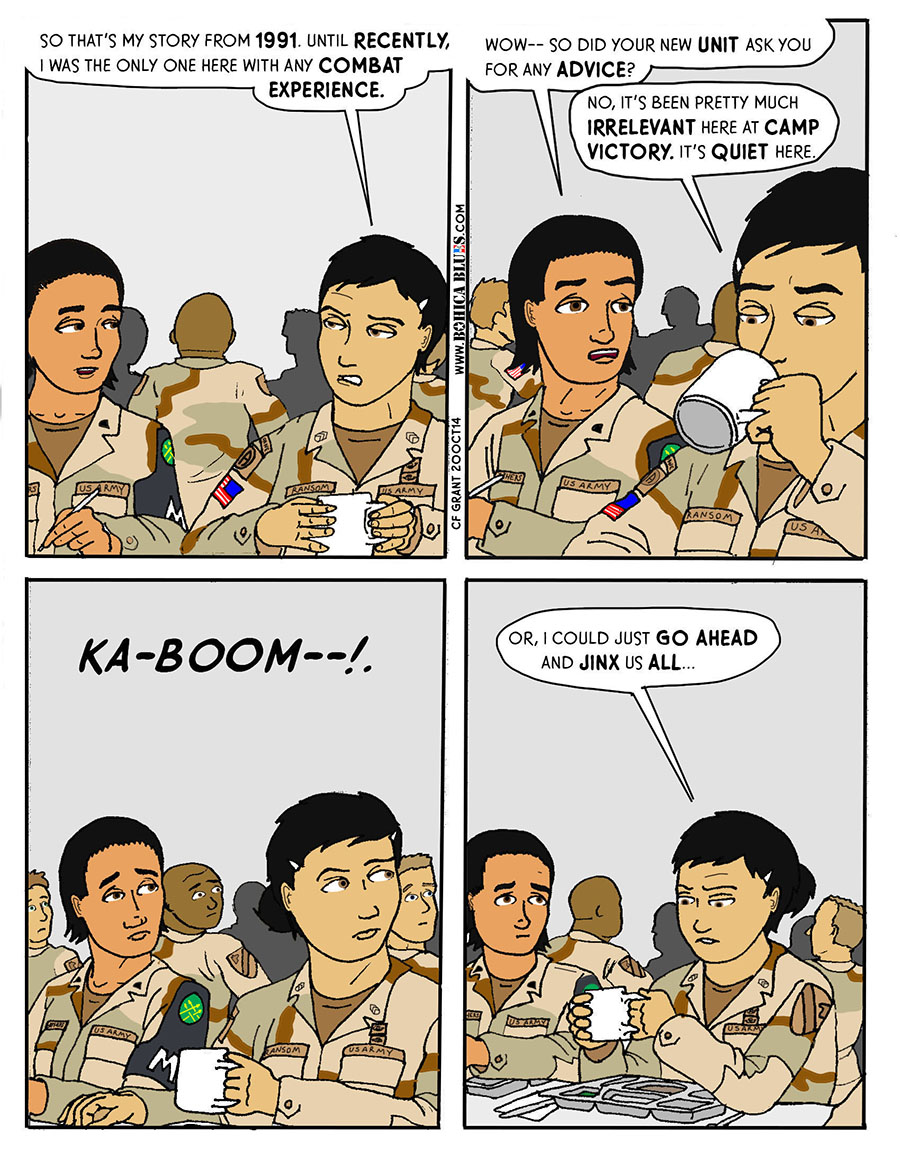 20 OCT:
So I’ve mentioned how unlikely it was for Camp Victory to be attacked since it was so big– unlikely and rare, yes, but it still happened from time to time. Getting into late October, things were heating up in 2004. We didn’t know it at the time, but there were rumblings about increased insurgent activity around cities such as Samarrah, Najaf, and of course Fallujah (among others). The scene was being set for a major clash.