Another Kind of RPG 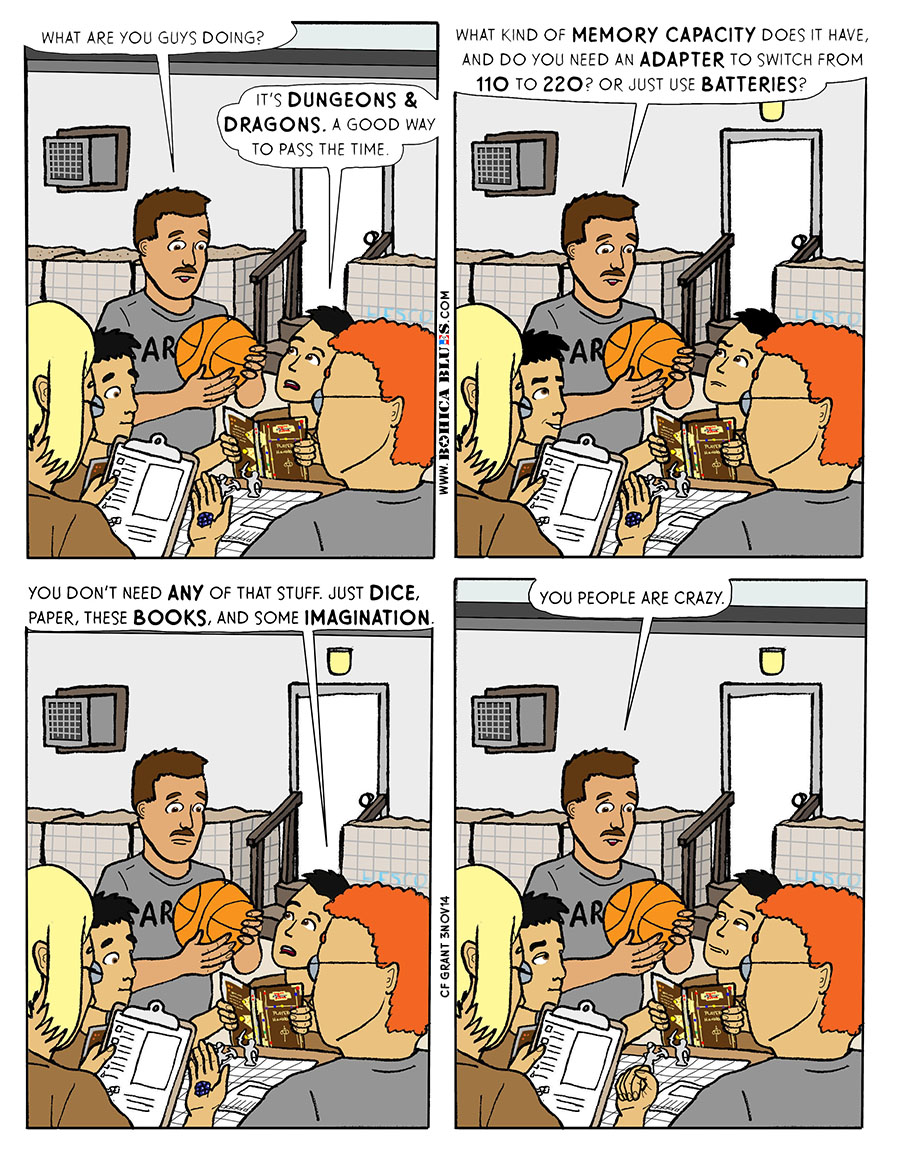 Another Kind of RPG

RPGs were popular among some folks in Iraq; but these days most pencil-dice-and-paper RPGs are being superseded by computer-based games. Ricardo can’t comprehend how anyone could be playing a role-playing game when there’s no electricity involved. It just does not compute!

Okay, sorry about that one.

Cecelia Glass loves her some Dungeons & Dragons. A female wasn’t allowed to be in a male’s trailer (and vice-versa) so they set up their table outside. In truth, all these people would be wearing sunglasses outside, but one of the things I decided to do when making this comic was to just ignore the sunglasses for the sake of seeing the characters’ faces and expressions. From time to time I do use sunglasses in the comic, but if I used them in the comic as much as we used them in reality, we’d never see the characters’ full faces.