You Watched THAT Movie Again, Didn’t You, Sir? 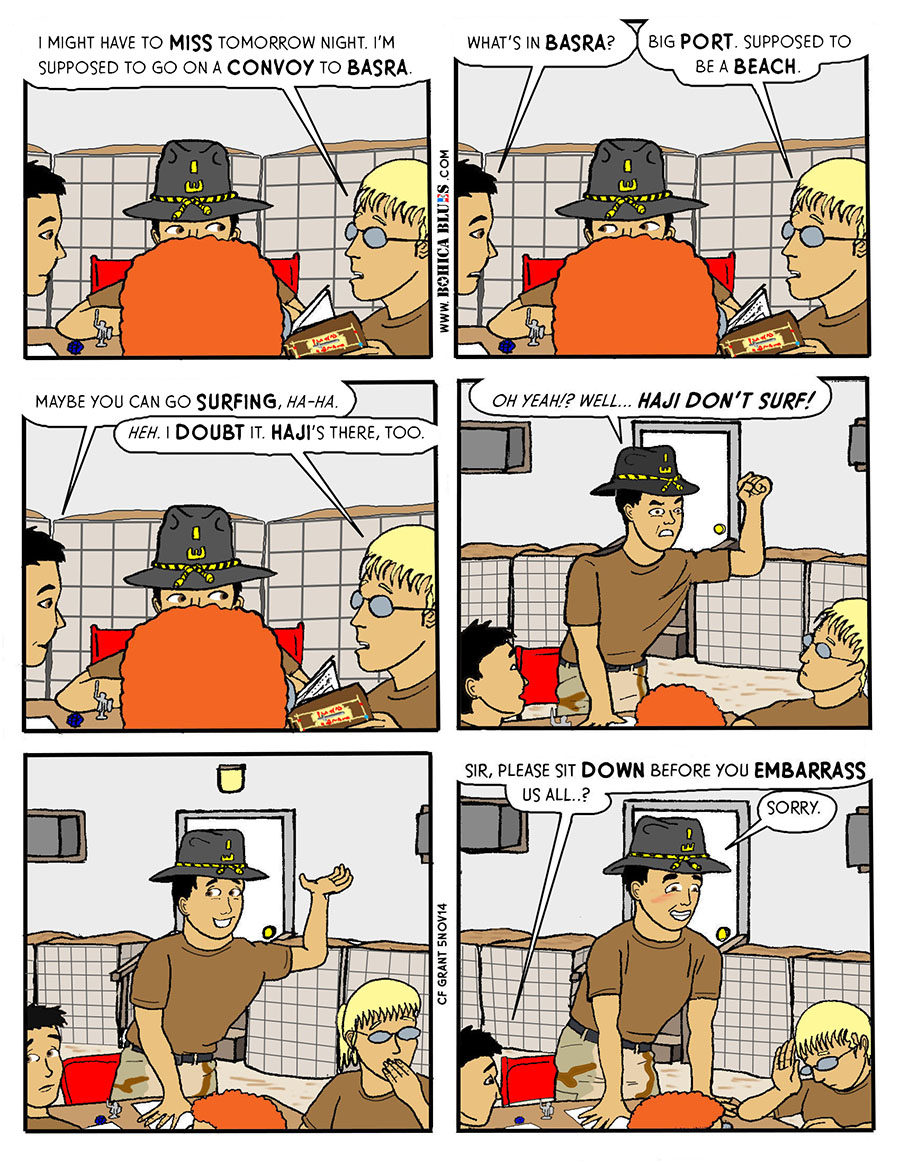 You Watched THAT Movie Again, Didn’t You, Sir?

5 NOV:
The Dungeons & Dragons crew again– Lieutenant MacGregor is no different from the rest of the soldiers, he wants to find a way to spend down time. Probably the chain of command would frown on him playing Dungeons and Dragons with the regular troops, but aside from morale-crushing busywork there’s not much to do… and as long as it doesn’t involve gambling, there’s not much reason to make him stop. Lieutenants are usually not much older than the soldiers they are commanding (there are exceptions sometimes) so they’ll tend to have similar interests. In this case, LT. MacGregor has fallen in with the company “Nerd Herd” with PFC Glass, and SPC Albright and PFC Patterson.

As far as Basra, there is a port, but people are pulling her leg about beaches. There were always rumors about people stationed in the southern tip of Iraq being able to “go to the beach” but I doubt anyone took this seriously. We love to complain about how easy other units have it, just to have something to complain about.