You Can’t Put It Back In The Bottle 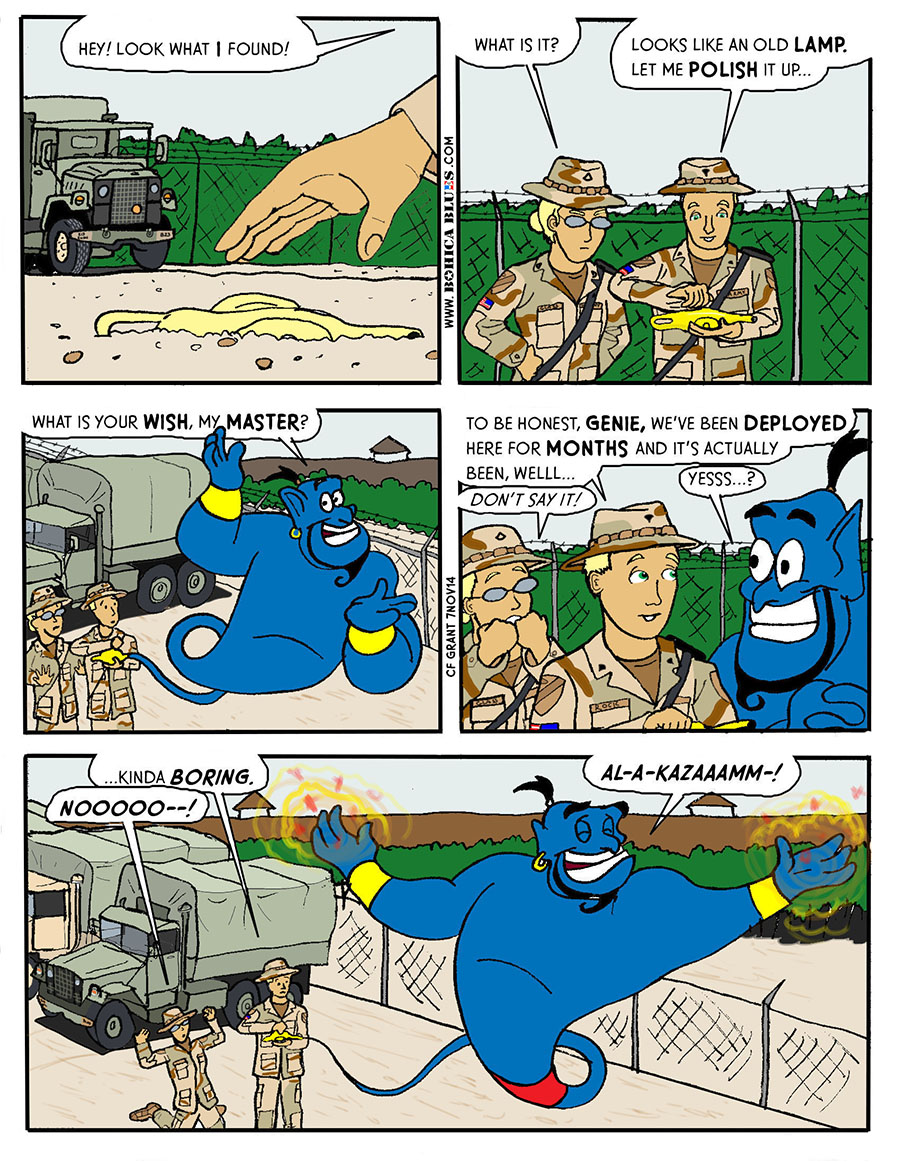 You Can’t Put It Back In The Bottle

7 NOV:
Rock, noooo-! Never tell someone with power that you’re bored. Especially in a combat zone.

It’s been almost 2 months since Robin Williams died, committing suicide. I have been planning this “Genie” episode for some time, and it was as I was preparing for it, thinking over how to do it in my head, that he died. I wasn’t sure whether it would be in good taste or not to go ahead with the comic but the guy had a lot of influence on me when I was younger. So I won’t pretend he just disappeared, or never existed; I’m putting the Robin Williams “Aladdin” Genie in there.

In fact, I’ll take the opportunity to point out the tie to a problem we’ve had with returning veterans and depression and suicide. Some people won’t get help because they don’t want to appear “weak”. But if you’re trying to take an objective, and you need artillery support, does that mean you’re “weak”? If you need close-air support and pick up a radio to get some planes or helicopters overhead, that isn’t weakness, it’s using the tools you’re expected to use. That’s why they were put there– to use.

So if you’re having trouble or know someone who is, pick up the phone and call some artillery on your behalf.