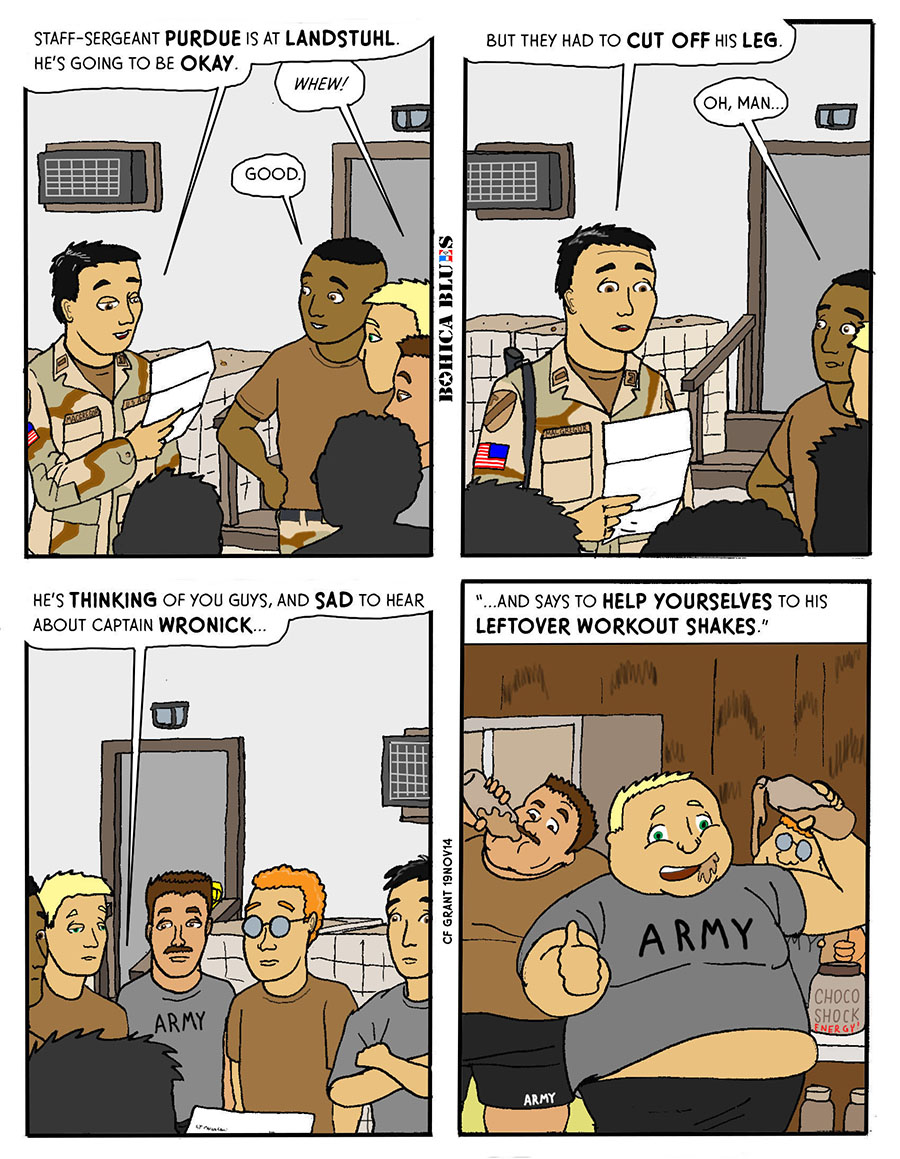 19 NOV:
Oh, man! Those carb-and-protein laden workout shakes… they come in a variety of flavors and some of them taste good, while some taste crappy. But all of them offered something the troops craved: variety. Of course, these dense drinks are intended to support intense physical workouts, and they are supposed to give you energy to burn while lifting, running, or other exercises. Drinking them without working out can have… unintended and counter-intuitive side effects.

“Landstuhl” was a huge military hospital in Germany that a lot of casualties were evacuated to. In fact, pretty much every casualty in Iraq went from immediate field medical treatment to Battalion or Brigade-level medical treatment to stabilize and do initial surgeries, and then on to Landstuhl. In Germany, casualties might face more intensive surgery and some physical rehabilitation; from there they’d either go on to the United States (Bethesda Naval Hospital at the time was common, so was Walter Reed) or in some cases be returned to duty in Iraq. Obviously, an amputee would be further evacuated to the US.

A lot of Iraq vets got leg injuries, and had leg amputations. That’s because most IED (Improvised Explosive Device) explosions take place at ground level; rarely were roadside bombs suspended at shoulder or head level. Eventually, there were attempts to hoist bombs up on poles to explode near potential helicopter landing areas, but the effort had mixed success since helicopter pilots try to avoid poles sticking into the air regardless, for obvious reasons.

Staff-Sergeant Purdue is otherwise just fine, and who knows? Depending on how the story goes, we may yet see him again.