A Triumph is Declared 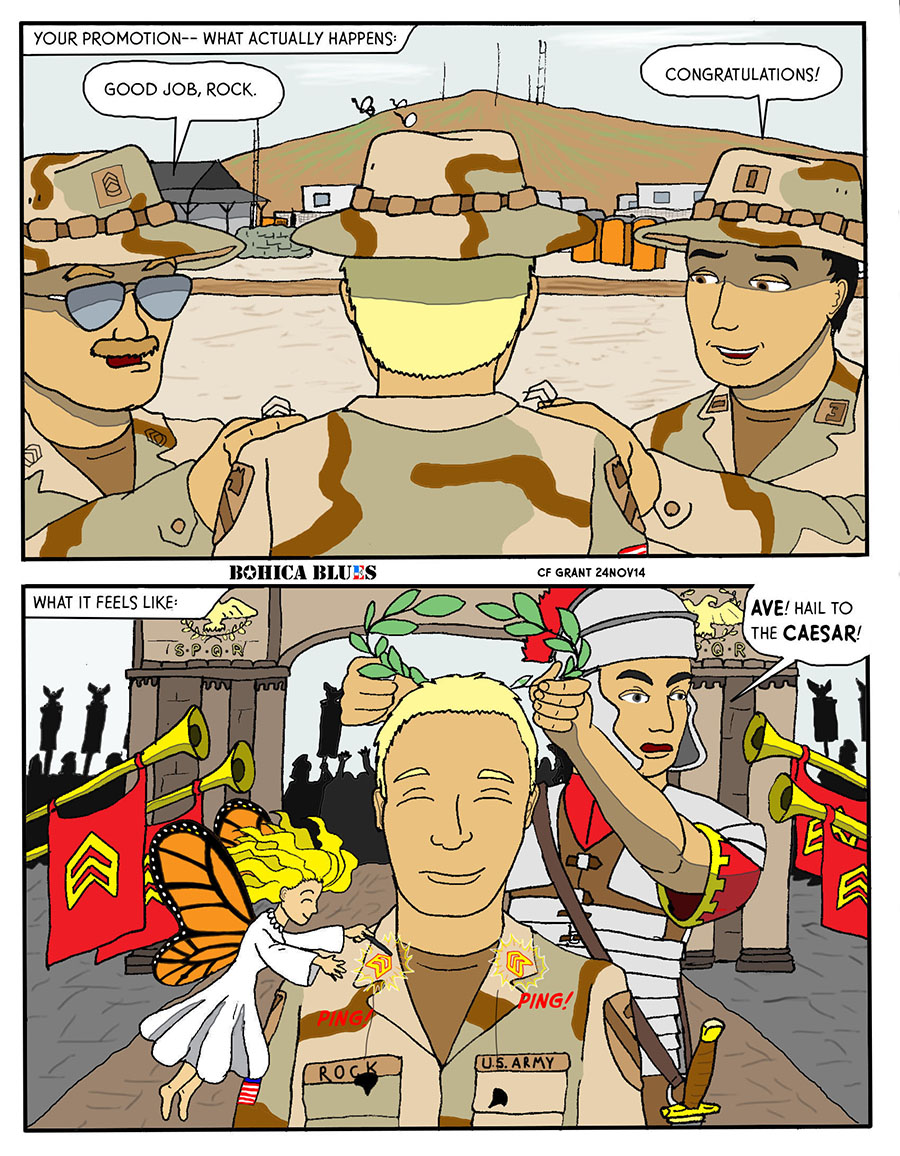 A Triumph is Declared

24 NOV:
It feels great to get promoted, especially when you make that jump from Specialist to Sergeant. The ceremony itself may be pretty straightforward and even routine, but inside if feels like a Roman Triumph of Caesar-like proportions, complete with horns and the Rank Fairy. To prep for this, I watched a scene from HBO’s “Rome” (a series that got cut way too early). I dig history and I especially enjoy Roman history, and I was pleased to get a chance to draw an ancient Roman Triumph, even if it is heavily embellished with fantasy.

I guess in actuality, it was a high-ranking slave that held the laurels of victory over the hero’s head; unfortunately to draw that it would have just been a guy in robes, which doesn’t particularly stand out. On the other hand, a classical Roman Legionary, with the funky “brush” helmet and the lorica segmentata armor, is unmistakably “Roman”. I hope my readers devoted to scholarly history will forgive me my indulgences.