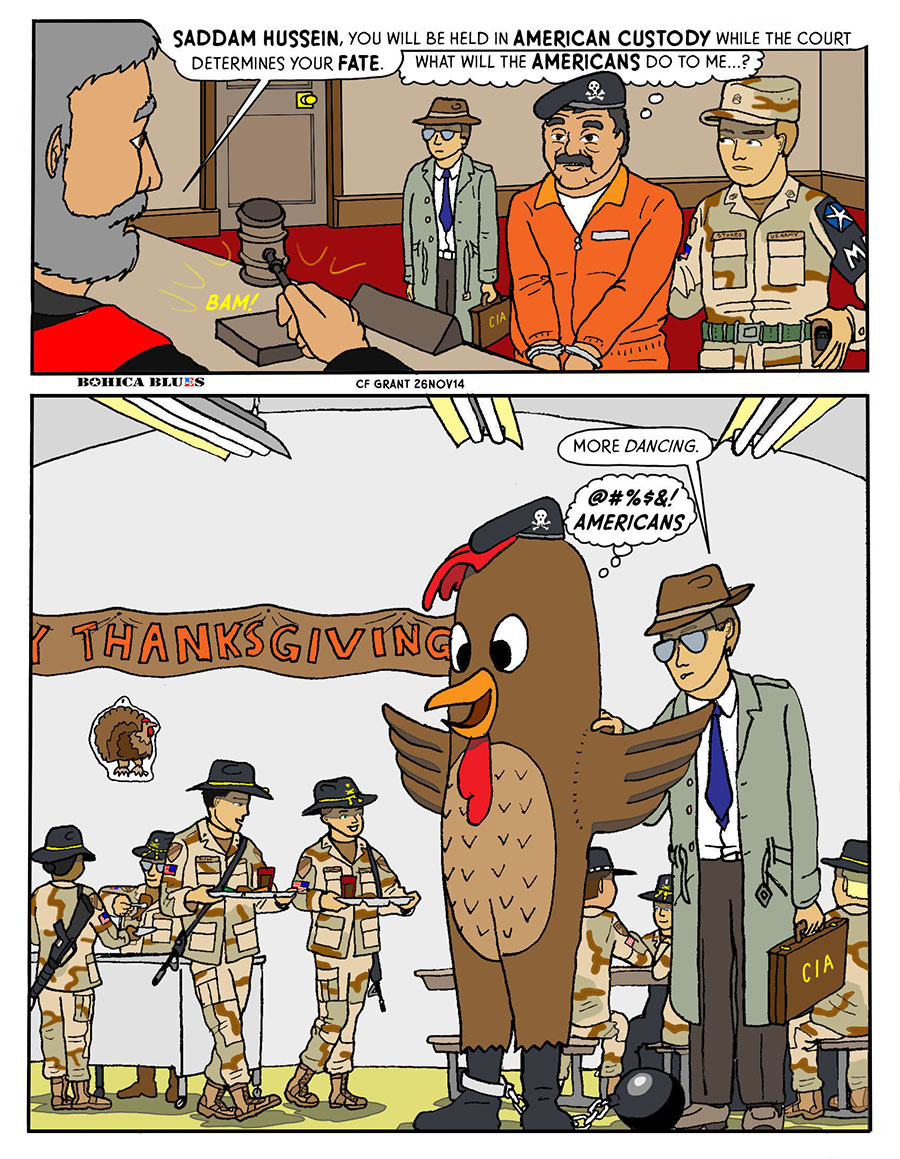 26 NOV:
So, my Thanksgiving comic. This is a near-copy of the original one I did in pen & paper when deployed to Iraq. At the time –Thanksgiving 2004– the dictator of Iraq, Saddam Hussein, was in custody but his fate had not yet been determined. I always assumed that being one of those poor souls that had to put on hot, bulky costumes and dance around for promotionals has got to be its own special kind of torture, but then who knows, some folks may enjoy it. In this case, Saddam does not. Although admittedly, it will be hard for him to dance with the ball and chain.

Anyhow, I hope everyone who celebrates Thanksgiving has a good one. Most cultures have some sort of “Thanksgiving”-type holiday of one sort or another in their list of annual celebrations, where people take time to be thankful for the various things we have going for us. Of course, not all of these Thanksgiving celebrations happen at this time of year, but the notions are similar.

Thanksgiving in 2004, on Camp Victory with the 1st Cavalry Division, was a “Cav Hat” affair. In the background you see a 1-star general ladling out food to junior soldiers, which is the custom– senior leaders serve the subordinates (I suppose one implication of that is that we all end up sitting at the kids’ table, but that table was usually the most fun anyway). We had the whole traditional works– turkey, mashed potatoes, sweet potatoes, etc. The Cav tried to make us feel like we weren’t missing out on anything, and as I’ve mentioned before, the result was sometimes bittersweet. But then, it would have been worse if no effort had been made at all.

Whatever and whenever your Thanksgiving celebration is, enjoy; and have a good winter holiday season.