Burdens of the NCO Corps 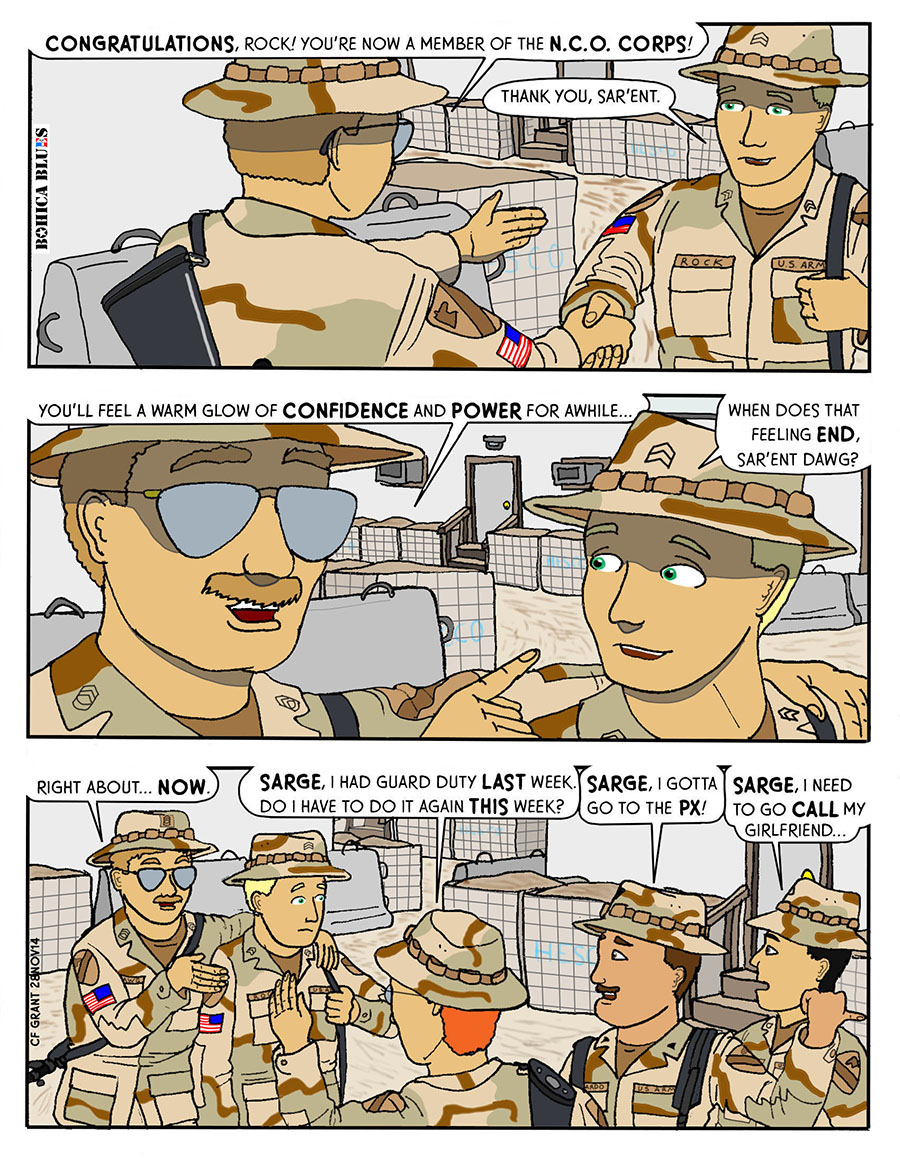 Burdens of the NCO Corps

28 NOV:
Your former peers now turn to you as a provider of favors and bullet-proofing their minor shenanigans. Congratulations, you are now an NCO– a Non-Commissioned Officer.

Usually in an active duty unit, a person freshly promoted over their peers is placed in another Squad, or Platoon, or even Company. A lot depends on how “big” the promotion is. Really, going from Specialist to Sergeant means you’ll probably stay in the Platoon and be switched to another Squad so you’re not directly over the guys you were partying with last week. But in a Reserve or National Guard unit, especially in deployment, you don’t always have that luxury. Plus, most commanders don’t want to break up good ties and camaraderie– it can be bad for morale.

So Joe will stay with his Squad, at least for now.

Non-Commissioned Officers, NCOs, are the vital middle-management of the military. Officers concern themselves with “theory”, you can say, while NCOs concern themselves with “application” and direct management of people. In a professional military –one where people join voluntarily as a temporary or permanent career option that can be long-term and rewarding– NCOs are considered valuable managers and hands-on leaders, with skills in leadership, mentoring, and counseling as well as training people to carry out tasks. In non-professional armies –nations where everyone, or usually every male citizen, must serve a brief term– the NCO is frequently just a badge of seniority. You attain it as a reward before going back to being a civilian, and all the hands-on work is taken up by the officers.

The US military, and the majority of our allies, are “professional” militaries that invest in their NCOs as a professional leader class. Joe will be under some pressure now to be worthy.