Yor Mission, Should You Choose to Accept It… 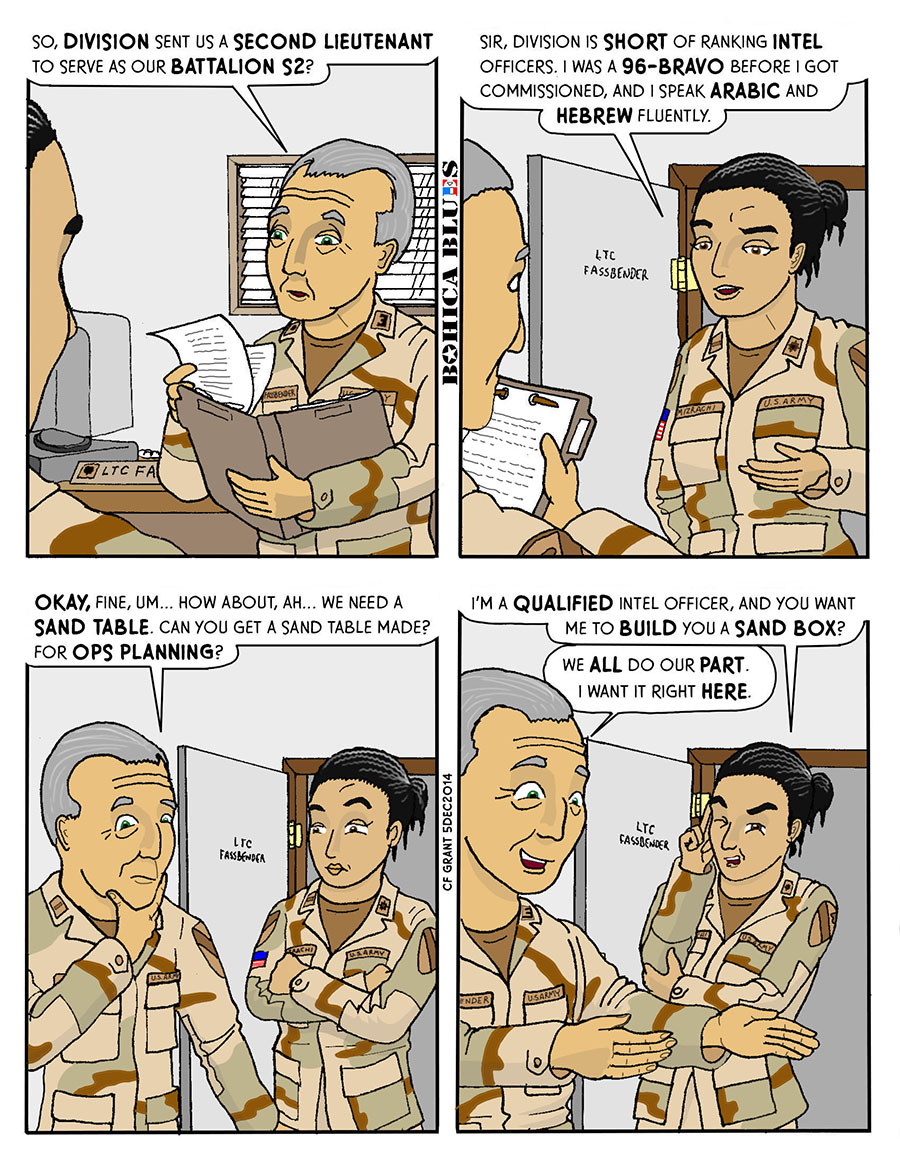 Yor Mission, Should You Choose to Accept It…

5 DEC:
Lieutenant-Colonel Fassbender doesn’t try to be this way, he just doesn’t know what to do with her. In the Combat units of the Army, females are very rare, and it is almost unheard of for them to hold much by way of authority. LTC Fassbender knows, intellectually, that women are serving throughout the command ranks but the Combat Unit remains as an almost undiscovered country. That is slowly changing, but it will take time for some to get used to it.

“96-Bravo”: the 96-Bravo was, at the time this story takes place, a Field Intelligence Analyst. These are the people that go out and examine freshly-captured enemy stuff and evaluate it for intelligence purposes. Maps, code books, communications devices and new weapons never encountered before would be tagged as high priority items and sent back, while ordinary weapons and gear such as helmets or ration packs would be considered low value items. The only exceptions would be if the sudden appearance of an “ordinary” item in an area where it was never seen before, which might indicate an enemy is receiving better supply deliveries… which represents a whole new set of concerns.

So Mirav Mizrachi has experience in the field and can speak Middle Eastern languages (for the record her Arabic dialect would reflect a lot of Levantine influence– Jordan, Palestinian, Lebanese and the like)… but she’s going to be put to use building a play sand table. Essentially, an elevated sandbox one can pose miniature figures in to plan an attack in 3D. But really, everyone just plays with the toy plastic Army Men, making little shooting and explosion noises when no one else is around.