Who’s In Charge of This Stuff, Anyway..? 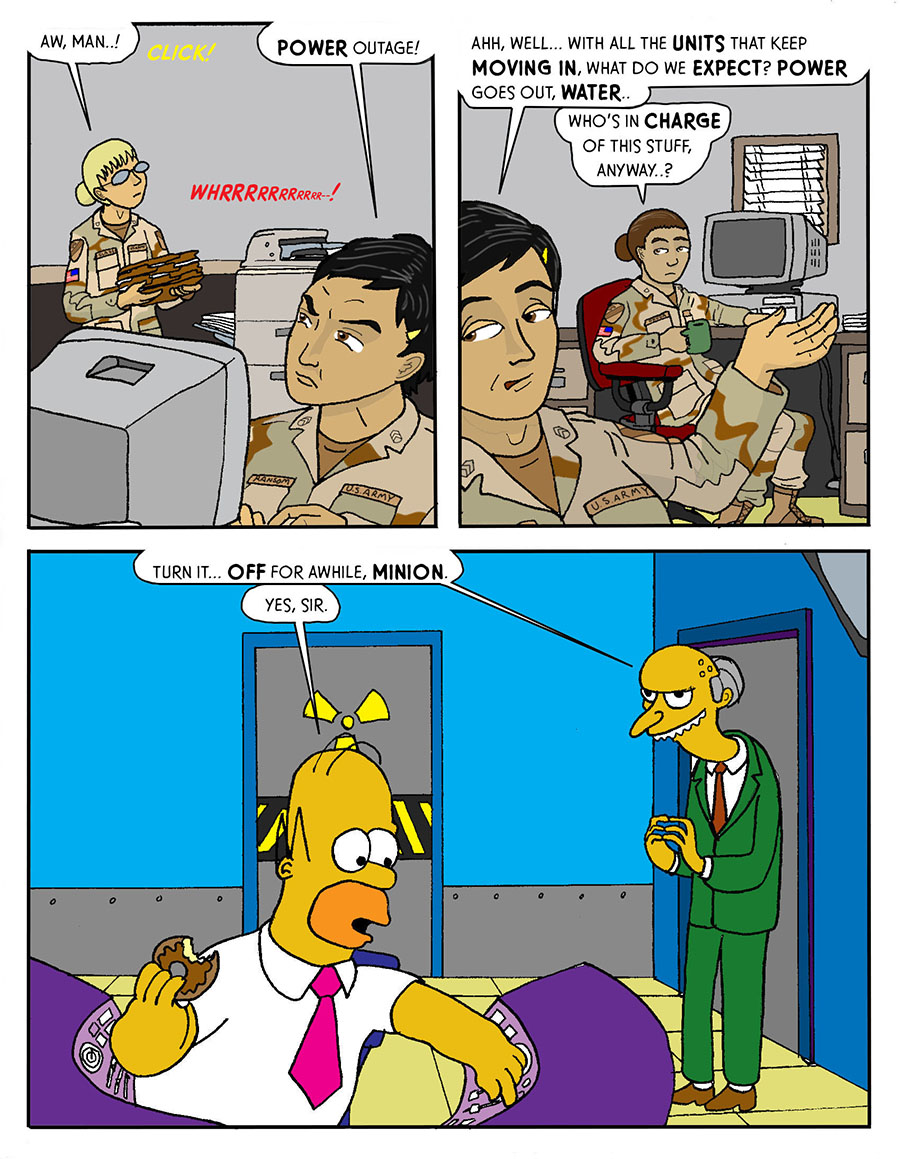 Who’s In Charge of This Stuff, Anyway..?

Power and water outages were common for awhile. As the international presence at Camp Victory North ramped up, more and more strain got put on the electrical grid. Eventually we were running on big diesel generators all the time– huge, loud howling things. The constant diesel whine became a part of the backdrop. Meanwhile, in Baghdad itself, the civilian population was getting 2-4 hours of electricity a day, so it is almost as if our power would jump back forth of its own accord.

For water, there were days when the showers wouldn’t work. More than a few times I took a “shower” with a couple bottles of water and some wet-wipes. You can go without for awhile, but remember this is the Middle East, and we’re frequently dressing in multiple layers with armor and several pounds of gear. When your uniform starts developing white patches of salt, you shower and wash as best you can…