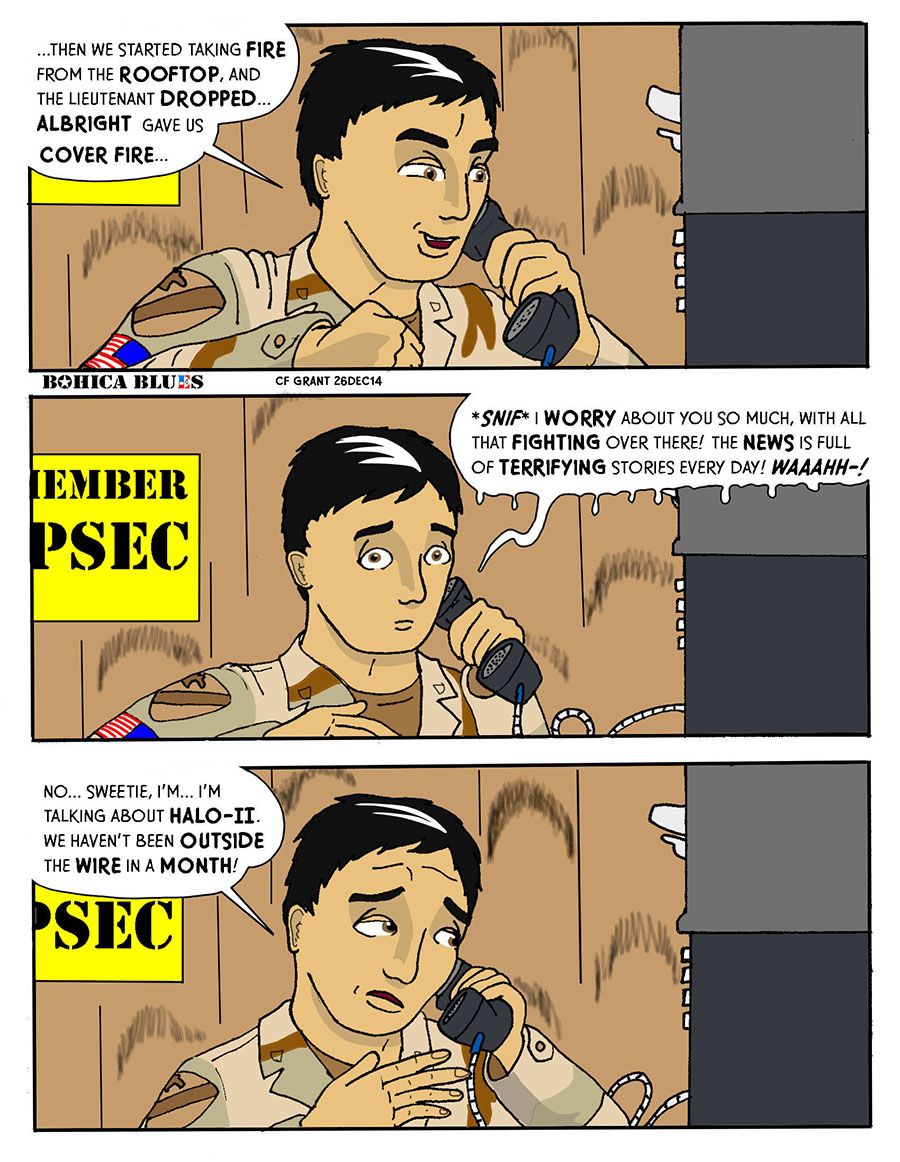 26 DEC:
Poor Patterson– his girlfriend just doesn’t clue in. But then sitting around playing video games probably wasn’t the kind of news most people back home expected to hear about– people worry, and they expect to hear something awful. And while I am sometimes critical of the media for hyping the drama, I have to admit that doing an interview of a bunch of people sitting around their game consoles wouldn’t exactly be compelling news.

Back then, it was all Halo-II. Man, people loved them some Halo.

Art-wise, I hope people like my experimentation with more dramatic facial expressions. That and shading, now that I finally learned to use the “lasso” tool in PhotoShop. I’m still experimenting with these things. PhotoShop doesn’t come with a manual, but then I guess if it did it would be thirty-two volumes and result in the deforestation or Oregon. So hit-and-miss it is.