The Beer You Got 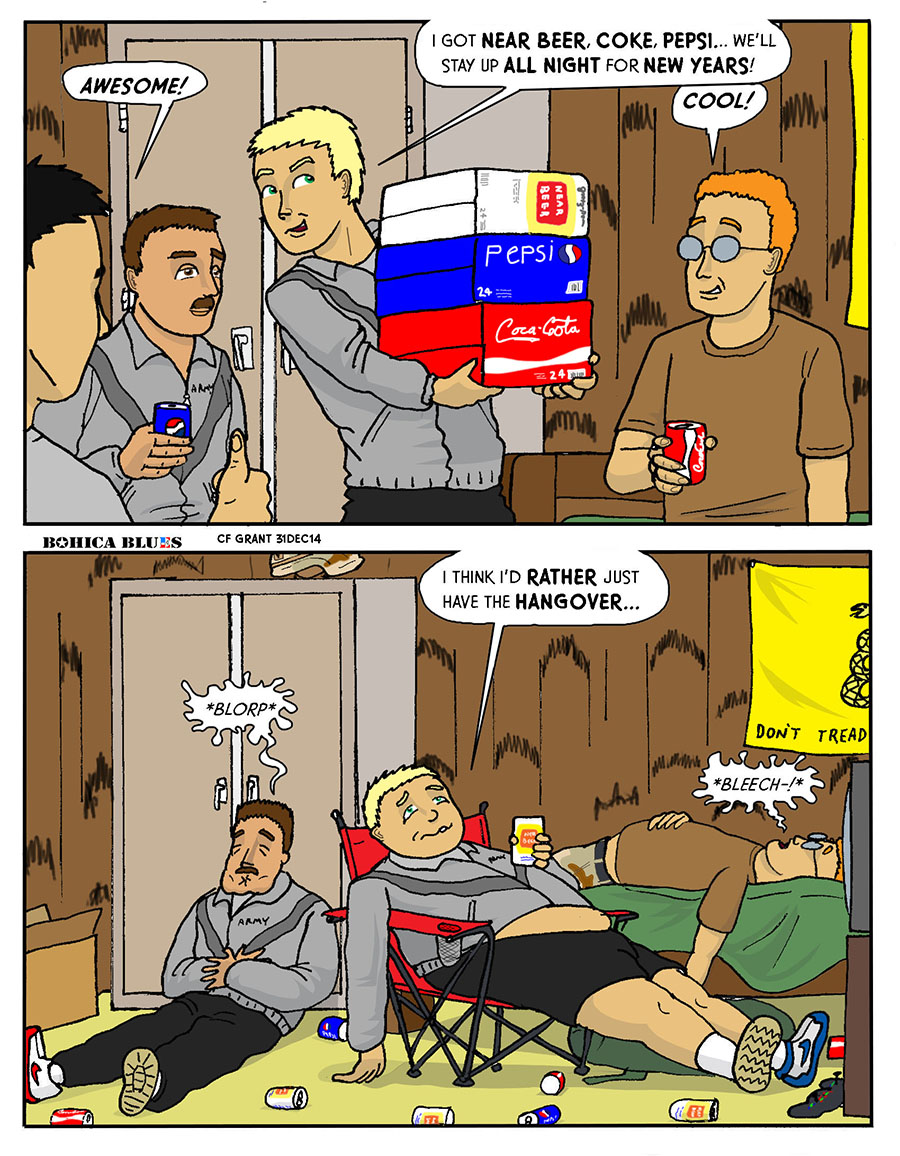 The Beer You Got

Okay, I never knew anyone there to be excited about “Near Beer”, but after months without it was, at least, a taste. A watery, cruel taste. When we first arrived in Iraq, most people turned their noses up at Near Beer. At first I was willing to have some because, hey, it sorta-kinda reminded me of beer. Later I wouldn’t touch the stuff for exactly the same reason. Towards the end, I drank it more and more mostly because it was a break from soda (I’m not a big soda drinker) and offered some variety– after several months, even bad variety was welcome.

In Iraq, by December, it was getting colder. I’ve been trying to portray this by drawing people wearing PT gear that has more layers, such as adding the running pants and jacket. Now, as this comic is loaded, there is a lot of snow outside and I have to remember that in Iraq, once it dipped below 60 F, it was “cold”. Right now I’d be willing to drink a case of Near Beer for a stretch of 60 F.

For the curious, they are in SPC Albright’s trailer, and that is his Gadsden flag in the background.

Hopefully 2014 has been good for everyone and 2015 will be better. In the comic it will be the year 2005. However you celebrate, enjoy New Year. Make sure your Designated Driver sticks to soda or, God forbid, Near Beer.