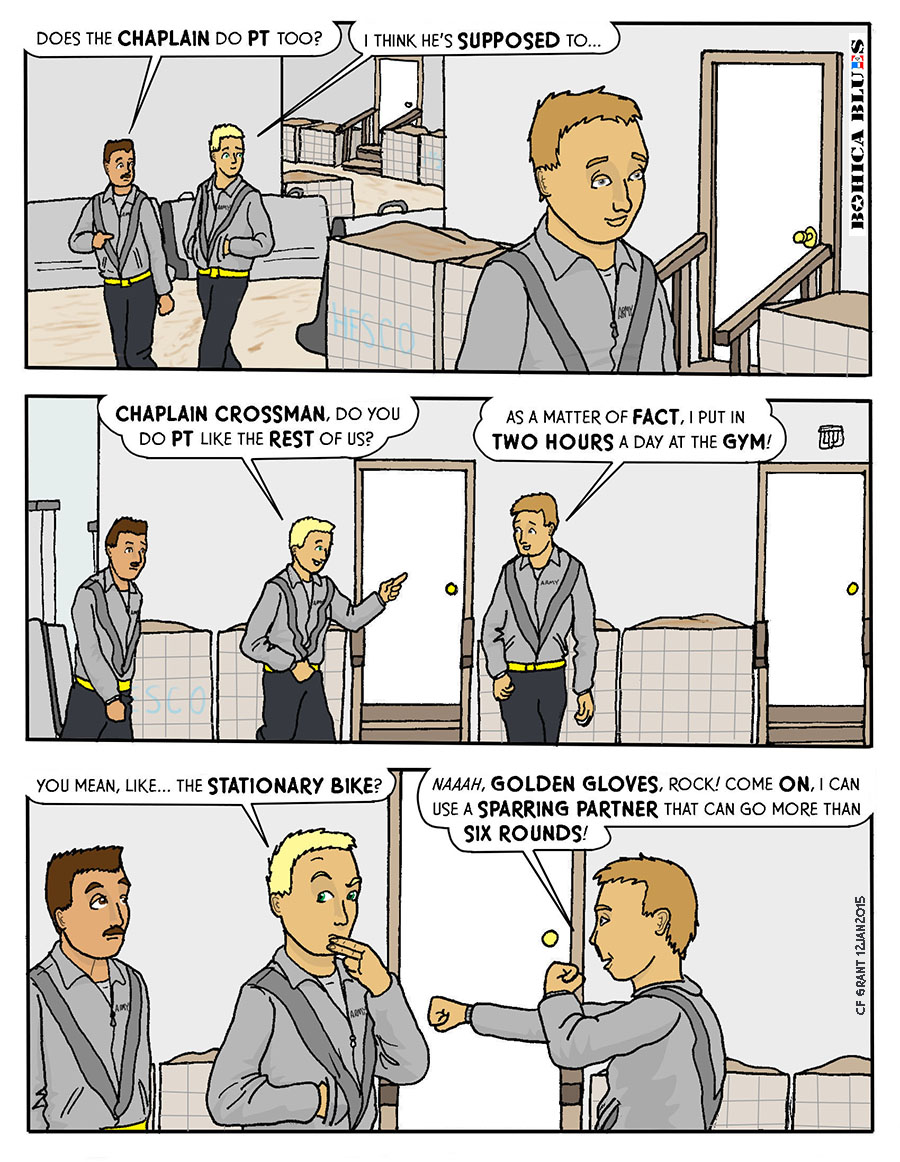 12 JAN:
Chaplains are an odd breed, they are both in the Army and yet not subject to all of it’s rules. They’re like civilians allowed to hang out in uniform. You can call them “sir” (or “ma’am” as the case may be) or “Chaplain”, “Rabbi”, “Father”, “Padre”, whatever your custom and their cloth. There always seems to be an aura of mystery about what Chaplains do and don’t have to do. Do they have to do PT? Do they have to pass PT Tests? When deployed to a place with no alcohol, do they still get sacramental wine for communion, and is it worth it to become very religious while in-theater just for a bit?

I have met a lot of really cool Chaplains in the Army. They are trained not just to give spiritual guidance, but as counselors, too. If you’re an Atheist, you can still talk to a Chaplain for a bit of emotional or psychological stability of you want. If you’re a different religion, they’ll try to find another Chaplain or at least get you some books or guides that you find more up your alley.

Chaplain Crossman, if we remember, is a different sort of fellow– he was initially raised on a hippie commune in California, before going out onto the world. He hinted at studying Kung-Fu at a Shaolin temple in China, and now we find out he’s had some training in Boxing. Since Chaplains are the only job in the Army that doesn’t come with some sort of a firearm assigned to you, it’s nice to know he can hold his own, in his own way… Joe Rock is initially skeptical of the Chaplain’s “workout” and assumes the thing we all fear most– that somewhere, someone out there gets to skate by in PT on a stationary bicycle.