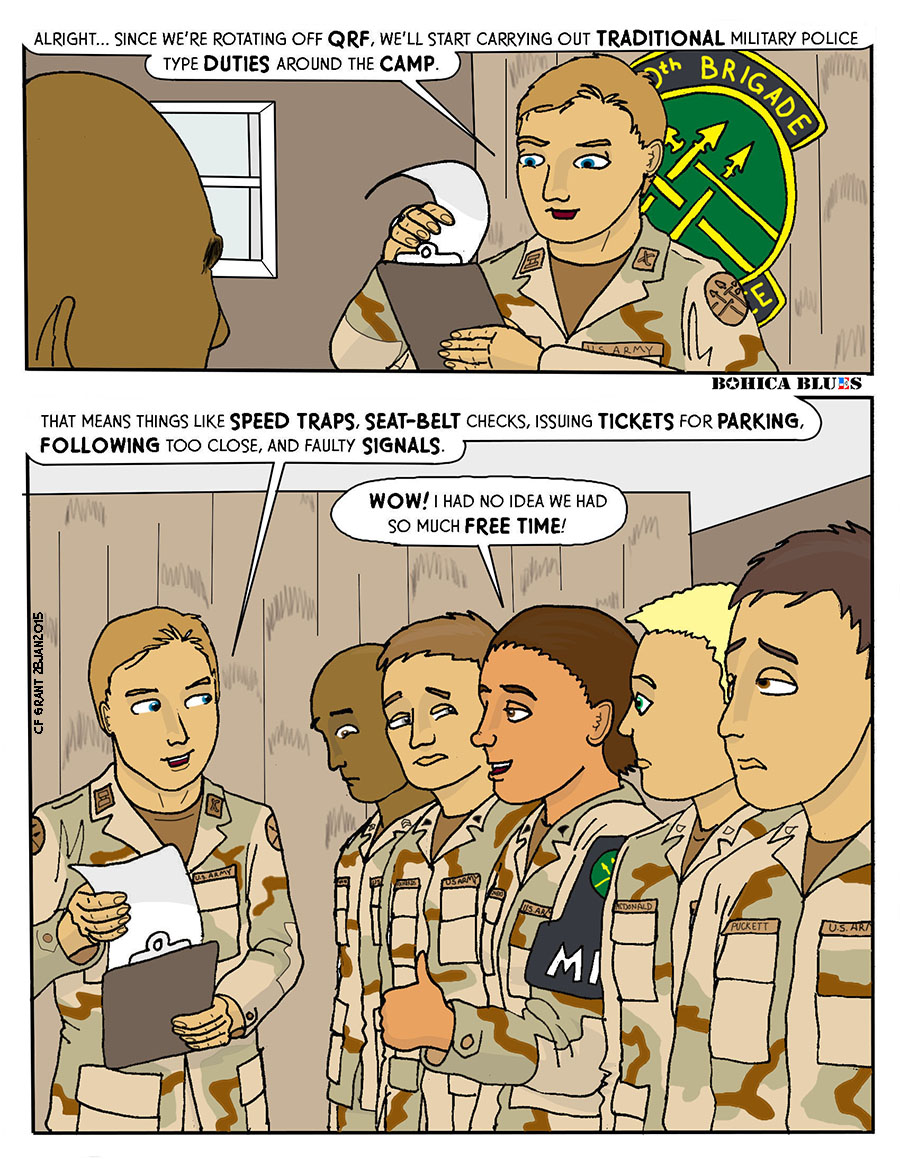 28 JAN:
So, now we take a bit of an interlude and see what else is going on around Camp Victory. Remember that next door to the 213th Combat Engineers Battalion, is the 220th Military Police Brigade. The 220th MPs are coming off of local QRF duty– Quick Reaction Force, a force of soldiers that are dedicated to be ready to move out within a minute of receiving a distress call– they were the ones that reacted at the end of the Fallujah chapter, when Specialist Two-Feathers brought her sniff dog, Butter, out to support the team.

So the MPs are coming off rotation and being told that they will have to pass the time as “traditional” MPs, which means traffic duty, for the most part. This really happened; Military Police were put on incredibly routine traffic and safety stop duties on Camp Victory. I drew everyone here a bit downcast as they think about the promise of grinding routine– except for Two-Feathers, who is thrilled to find out that apparently they had free time they never knew about to fulfill these chores.