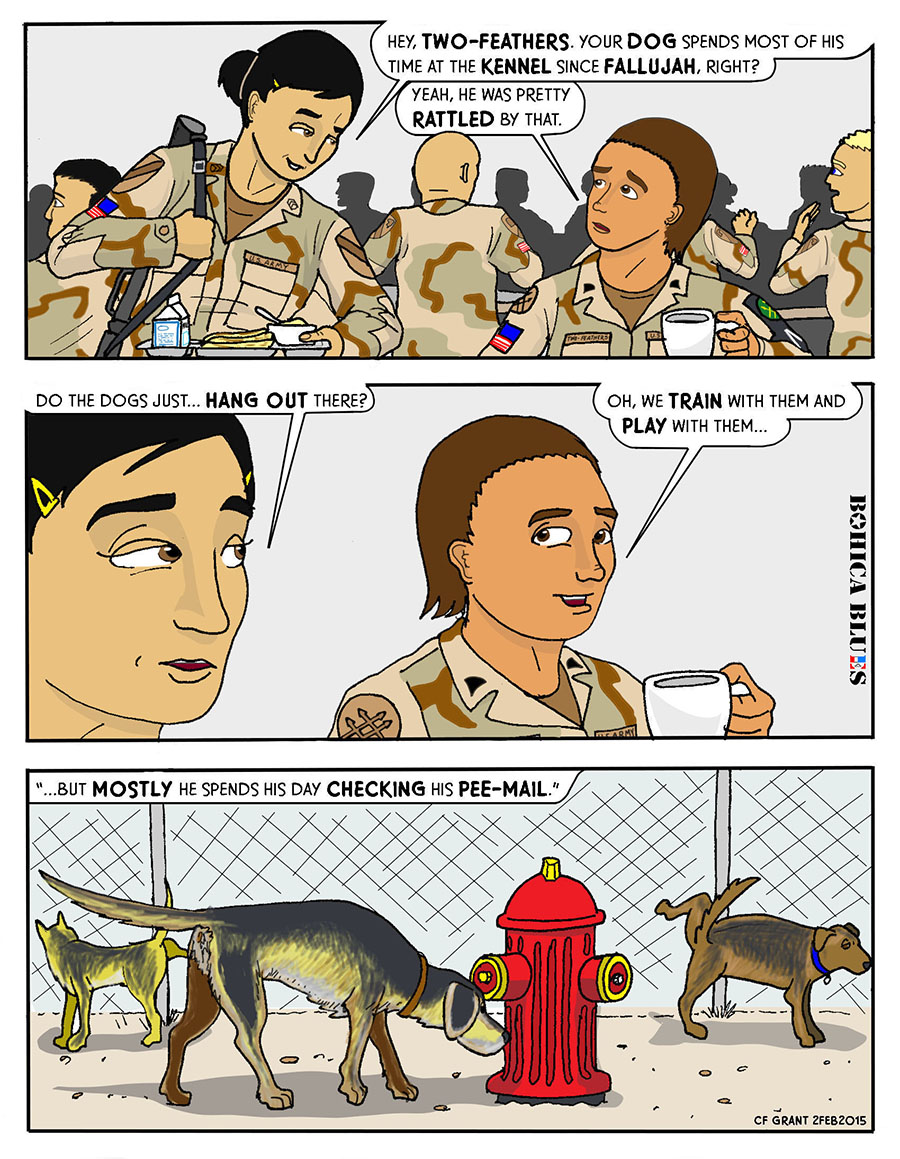 2 FEB:
Ahhh, life at the kennel. Butter was lightly wounded at the Fallujah battle and had been recovering at the kennel for Military Working Dogs. Dogs are of course kept active; there’s always training to do and sometimes play, so that dog and handler can bond and maintain ties.

Butter is a dog trained to detect explosives, sniffing them out with his powerful sense of scent– he’s a Plott Hound, a dog that actually isn’t used too much in the US Army. Most Military Working Dogs are German Sheperds or Belgian Malinois, although there are others– Labs and Retriever types are also found in significant numbers. There are some hound breeds used for their good sense of smell, but for the most part the Plott Hound is probably too independent to see a lot of widespread use– ideally, they’re to be turned loose in a group to hunt boar.

We’ll see some more Military Police and Military Working Dog comics in the next few days, so stay tuned!