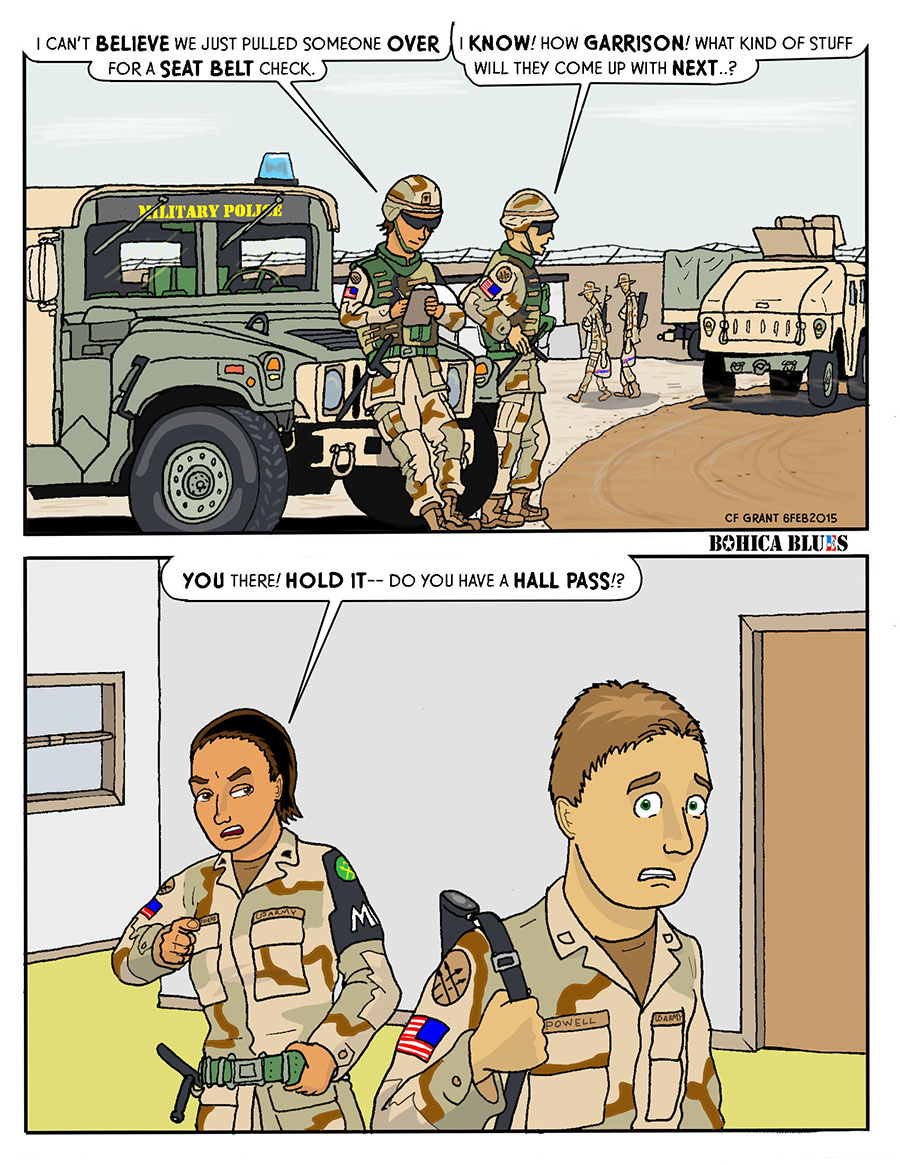 6 FEB:
I understand the need for safety, and a large, heavy vehicle –even one without armor plating– can be dangerous if driven too fast. A lot of military vehicles don’t have the best visibility, after all. But things got taken to a ridiculous degree, in my opinion, when MPs could pull people over to see if they had their seat belts fastened. If someone gets pulled over for something more pressing, like a broken signal or speeding, something like that, and you see they also have their seat belts undone, by all means, add that to the list of charges. But to pull over random people just to look at their seat belts? There’s nothing else to do in a war zone?

That was life at the big bases, though. Many in the chain of command seemed to worry that troops would be bored, or something. And it was a mark of pride that a commander could keep soldiers busy with minor tasks. That might have meant something up until the 1980’s or early 90’s, but by this time we all have Nintendos, Playstations, laptops… Assigning people to essentially “Hall Monitor” duty brings up the dreaded status of “Garrison”: tedious duty to no real purpose.

Oh, and soldiers pulled over for speeding and other violations? They’d get a ticket, and their command would be notified, and it typically meant some sort of punishment would be handed out, depending on the severity of the situation– up to and including an Article-15, which means you get pay deducted from your paycheck, and other possible additional duties. As if being used for a Hall Monitor wasn’t bad enough, now you’d be doing it for free, and you have to paint rocks or something.