Light Up My Life 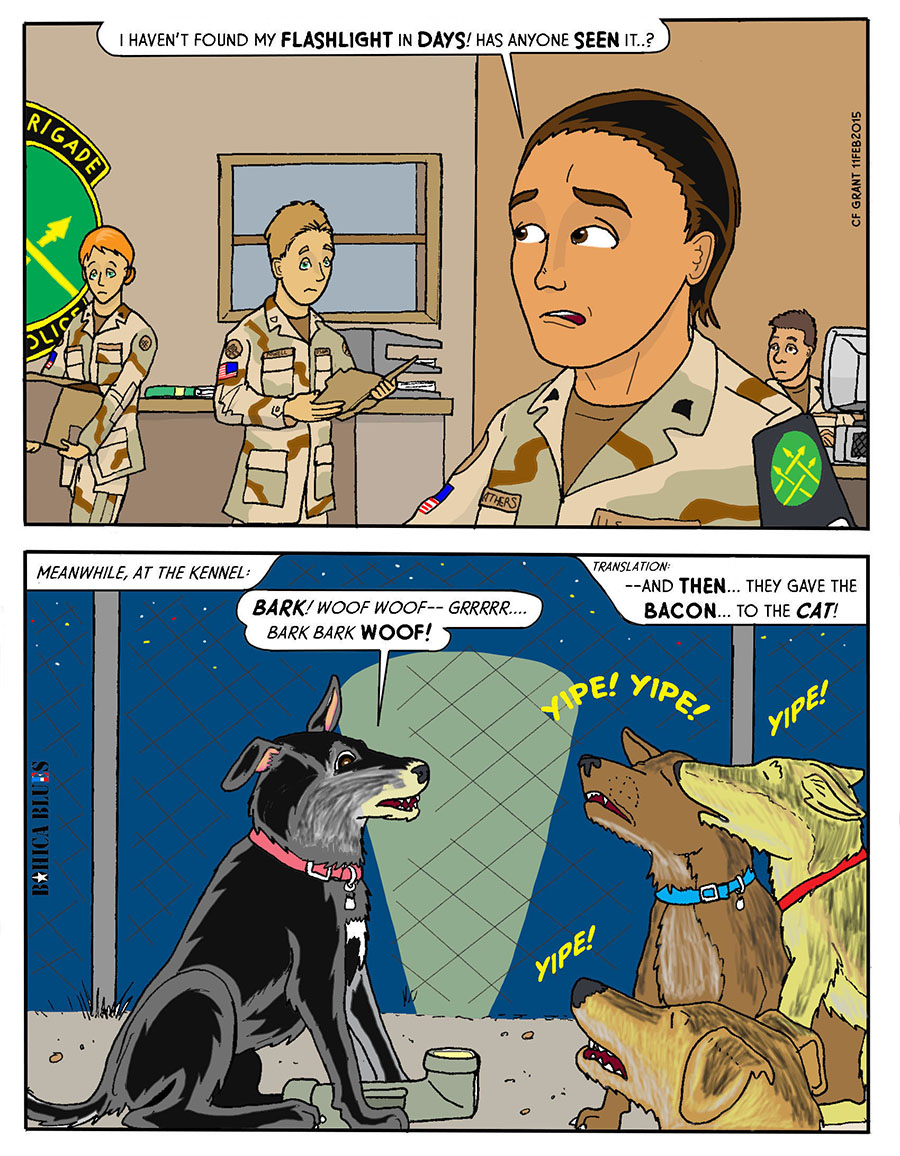 Light Up My Life

13 Feb:
Sadie still has SPC Two-Feathers’s flashlight. If she can’t find it by the time she gets released from duty, she’ll have to either provide a replacement (go out and buy one just like it) or sign a statement authorizing an amount will be deducted from her paycheck to cover the cost. The cost of a flashlight wouldn’t set her back much, but imagine if someone loses a whole duffelbag full of gear? That happens, from time to time, and the price tag can get hefty. On the other hand, if something is written off as a “combat loss” –destroyed by enemy action while you are carrying out operations against that enemy– then you aren’t charged for it, the military will replace it.

But in the meantime, Sadie tells another round of Dog Horror Stories.

This is the first comic posted since a major crash of the whole site a few days earlier. This was originally supposed to be the Wednesday comic. I’m picking up where we left off, and operations will resume normally.