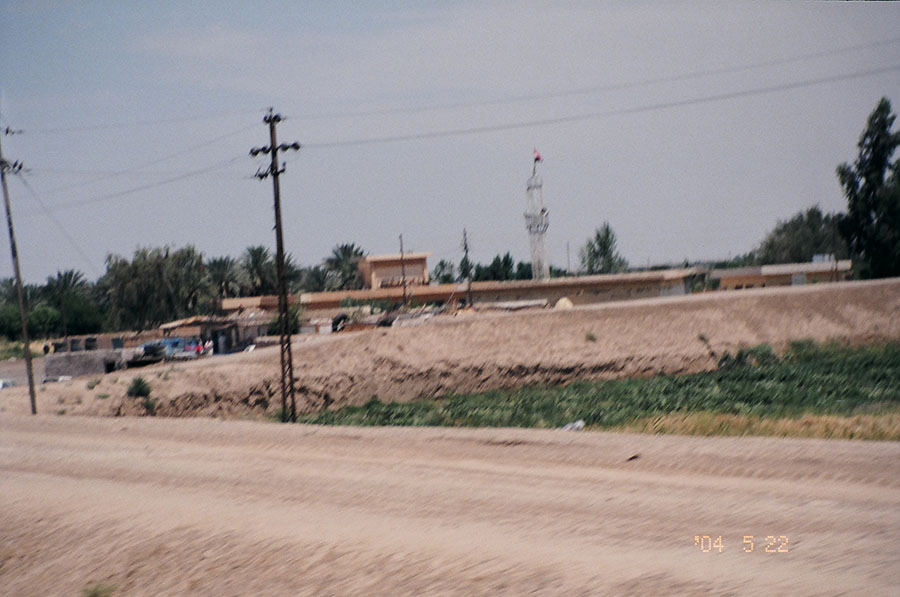 That’s Going to Cost You 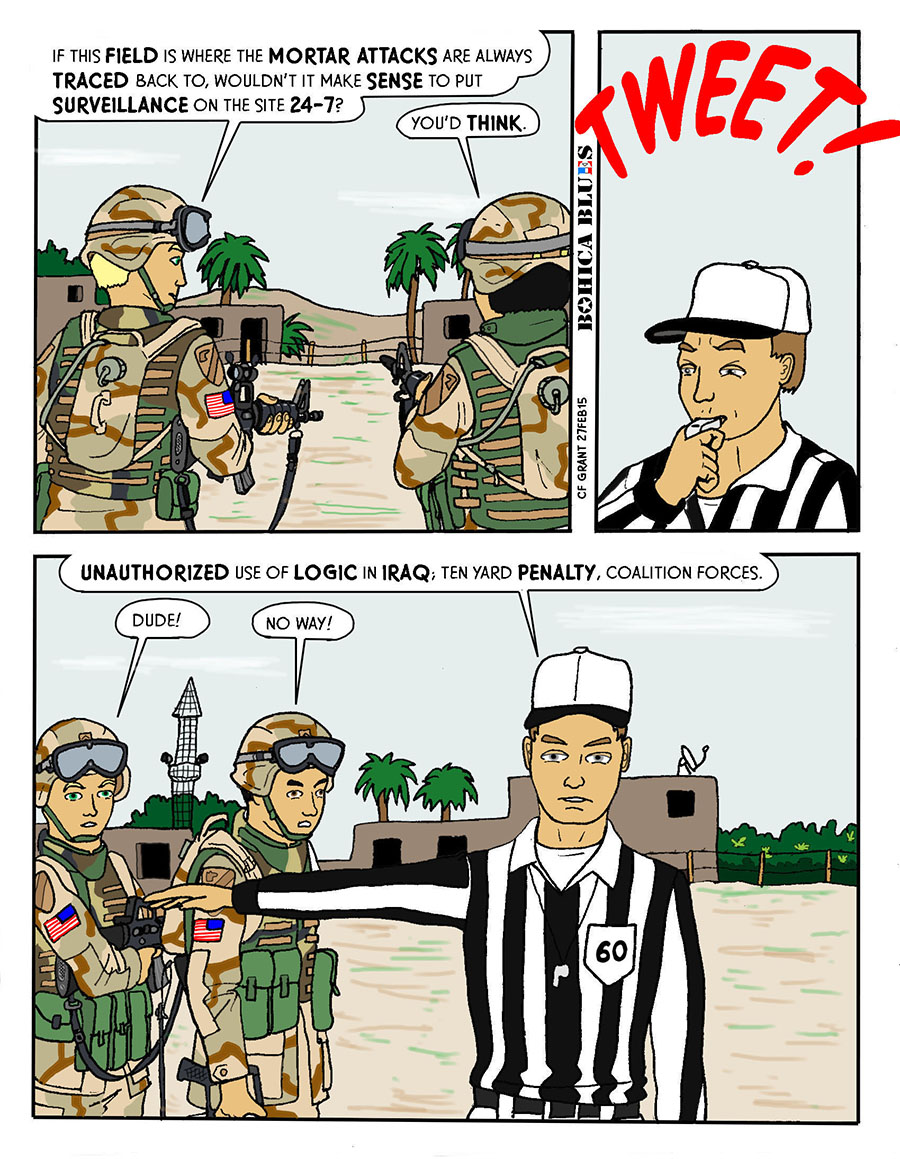 That’s Going to Cost You

27 FEB:
This is an almost 100% re-issue of a comic I did back in 2005 that got some good response. We really were being hit by mortar fire from one spot, and our air-defense artillery units had back-plotted the incoming shells’ tracks on radar to a pretty reliable source of origin. Our QRF went out there several times, but of course a good mortar team can set up, fire, and break down and scatter in a couple minutes– well before our response gets there. Someone on our team suggested we keep watch over the site at all times, but it was a suggestion that seemed to go nowhere. I can only imagine that someone called a personal foul on that idea, since our ration of logic seemed to have already been depleted by then.

In reality the mortar fire came from another direction, not al-Karmah, and of course 60-millimeter mortars wouldn’t be able to reach the west gate from that village, but I’m going to simplify things for the sake of the comic.

Of interest is the wire-frame minaret tower. That’s not something I forgot to draw; I saw wire-frame “skeleton minarets” at small, scattered villages in the area. While a church has a steeple, frequently with a bell, Islamic mosques are supposed to have an attached minaret. The minaret is a tower that a man climbs up into to sing out the call to prayer. The man — called a muezzin— will call in a sing-song manner the prayers for all Muslims, 5 times a day.

But not every small village can afford a minaret or a muezzin, so smaller, poorer villages will have a wire-frame minaret with speakers attached, and the call to prayer is played through the speakers on a recording. Here’s a wire-skeleton minaret that we passed by frequently in the Sunni Triangle: