The Measure of a Leader 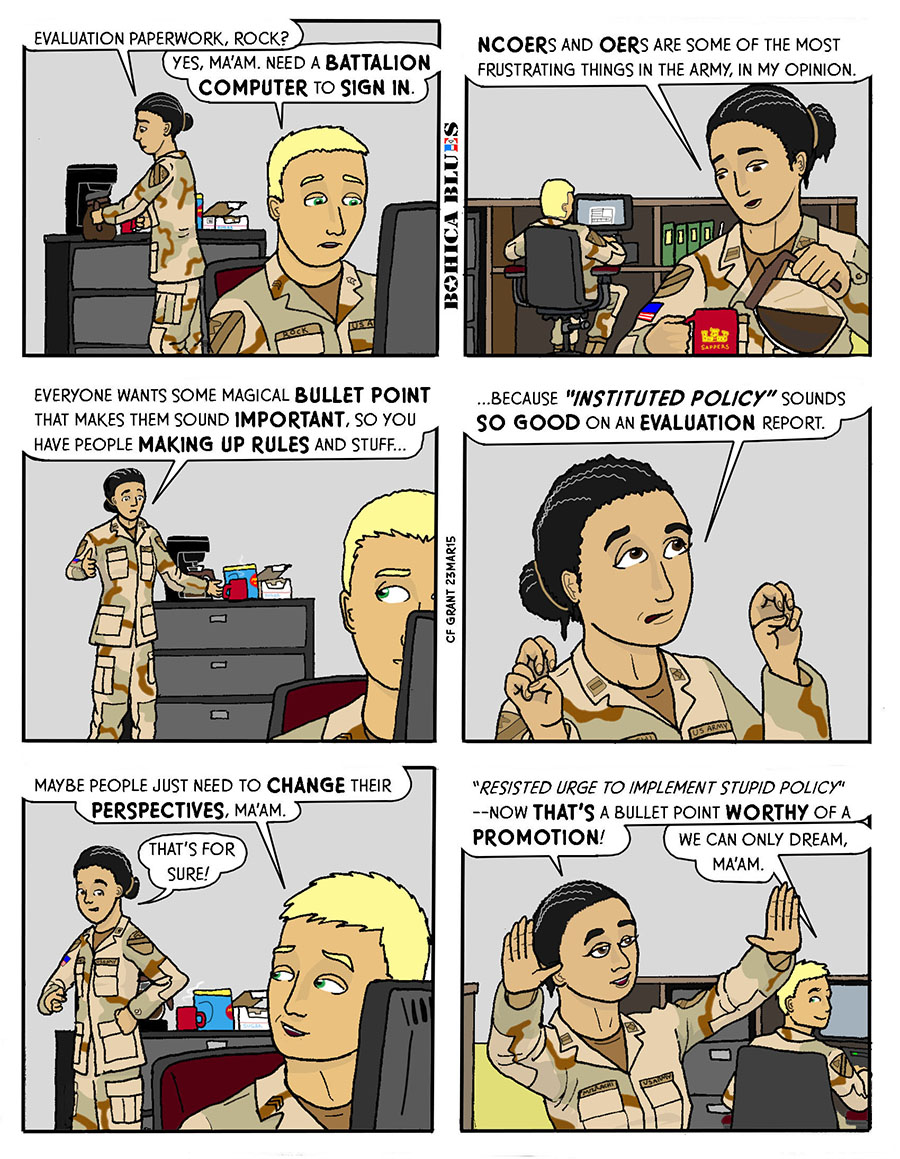 The Measure of a Leader

One observable action that is all too easy is to create new rules for people to follow. If you have enough rank, you can essentially create minor rules that address perceived shortcomings or react to past problems. Did a soldier get hit by a car while doing individual PT (Physical Training) one morning? Don’t look into whether the soldier chose to run during a peak traffic time or on a dangerous road with no sidewalks, or maybe even just ran out into the road without looking– instead, just institute a new policy that every soldier must wear a bright, “reflective PT belt” when doing PT. And if another soldier gets hit again later, simply institute another policy that a second PT belt must be worn, perhaps draped over a shoulder. Or, just have everyone wear PT belts all the time when not engaged in field training.

Now, the next time you are up for an NCOER or OER, you can make sure to remind the person rating your performance –your “rater”– that you are a dynamic thinker who instituted policy on PT safety belts!

I’m focusing on PT reflective belts since those are a source of ongoing comedy in just about all branches of service. That’s because it happens a lot, and these policies are frequently carried out from the Brigade level and higher, when there is a Sergeant-Major or Lieutenant-Colonel somewhere that can affect about 4,000 troops with a blanket policy like these. But it isn’t just PT belts– it can be a specific, standardized way to wear your field equipment; or stating the soldiers are required to carry a pair of gloves with them at all times during certain cold months, and so on.

The secret is, find a silly rule that doesn’t really change anything or challenge any status quo, but can give the appearance of addressing a real need, and I guarantee you it can be traced back to someone who wanted to look good by instituting a policy that would really shine on a performance review. Oh, I long for the day when good judgment and common sense are applied to these wonderful new rules, and protecting soldiers from frivolous burdens is also highly prized as a skill set.