The Face of the Enemy 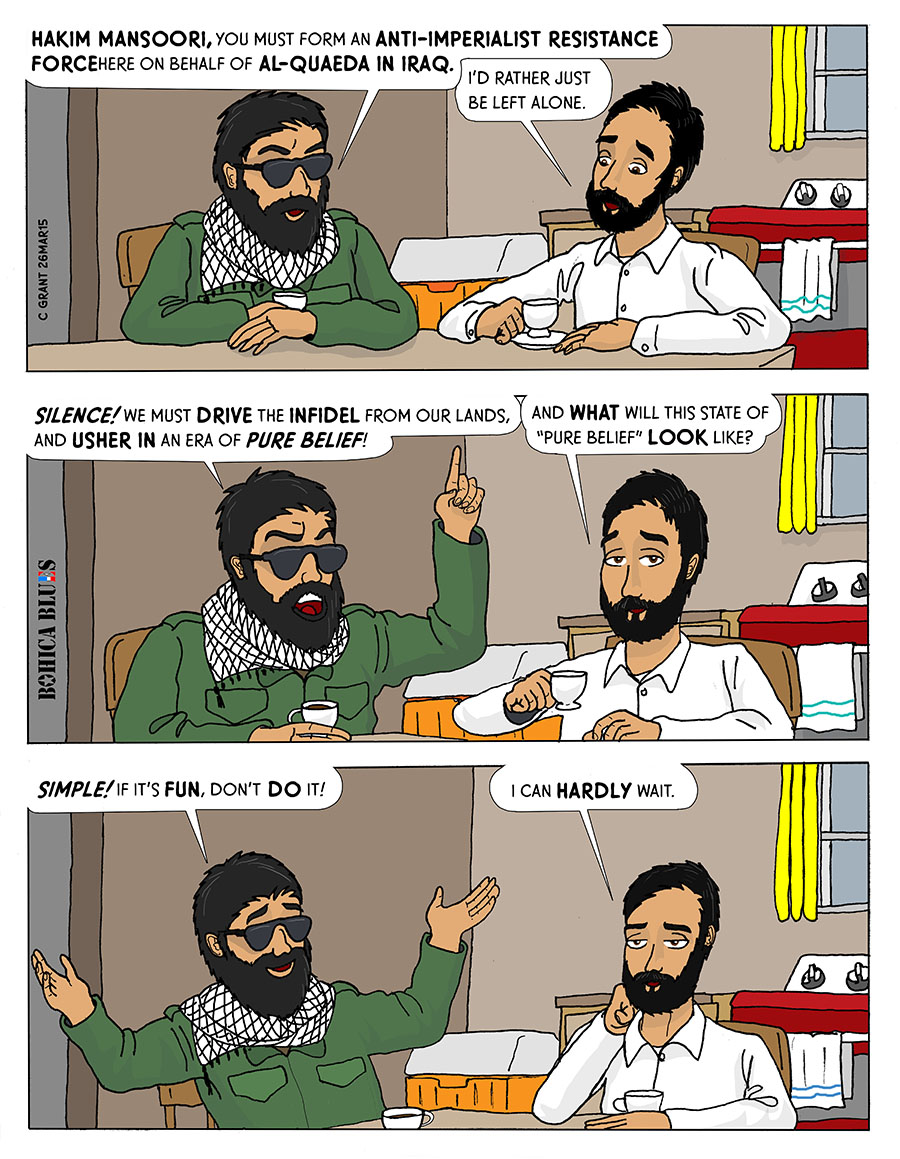 The Face of the Enemy

27 MARCH:
We’ve met Hakim Mansoori before– he’s the DVD seller that was cajoled into fighting at the Fallujah cemetery when Captain Wronick was killed, Staff-Sergeant Purdue lost his leg, and Butter was unconscious. Now, the al-Quaeda in Iraq guys are back, knocking at his door, trying to get him to do another mission.

From what I have come to understand, extremist groups have few truly devoted, hard-core full-time “true believers”. They get other people to work with them by giving them everything from gifts, money, goods and services… or threatening them or their loved ones. Since Hakim was desperate enough to take money once before, they think he may be open to new offers… but he’s obviously not a supporter of their mission to bring about a killjoy ideology to the people.

In the background you see an ordinary picnic cooler in the place where a refrigerator might be– the Mansoori family doesn’t have access to reliable electricity. At this point, in Baghdad, it was common to have electricity for maybe 2-3 hours a day, and sometimes less. A refrigerator would have been pointless. Some people were desperate enough to take a risk and carry out errands for various thug groups in exchange for pocket money, or maybe some gas for a generator. But once you take that first handout, they’ve established a connection and will seek to exploit and widen it.