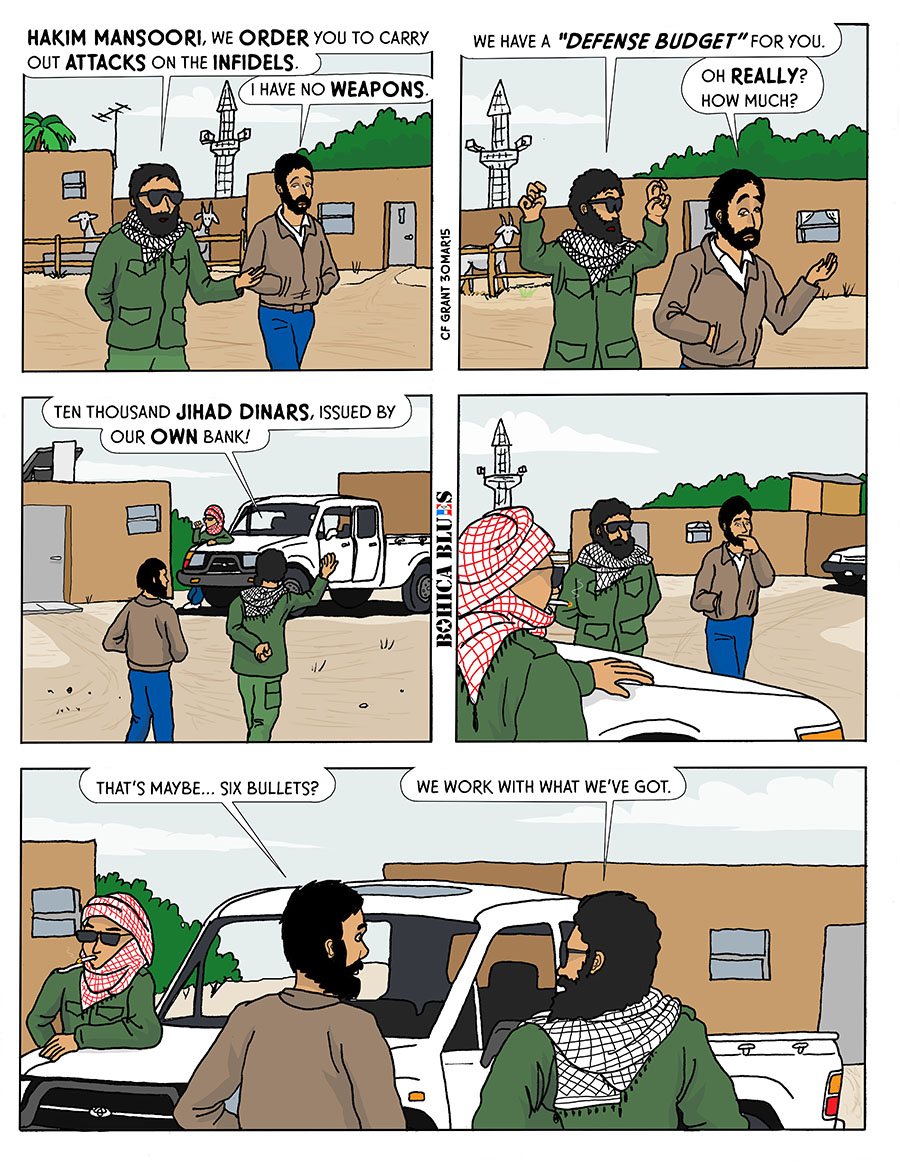 30 MARCH:
OK, I’ll admit, at this point in the game I doubt Al-Qaeda in Iraq was issuing it’s own currency– but I would not be surprised if there was some sort of currency being issued in the modern “daesh” terrorist state as a way to demonstrate their “legitimacy” as a government. Something that members of political movements agree to use as a form of credit is a way to run a shadow economy so things can be bought and sold without leaving any paper trails. The drawback, of course, is that it only works within that network, while the currency or credit or whatever typically is seen as worthless to everyone else. Hakim Mansoori finds this less than impressive, and is regretting having worked with these guys in the past.

Also note the “head-scarves”– what many nowadays know as a “shemagh” I first learned as a “keffiyeh”. The different colors of stripes and the thickness of the lines is supposed to show membership in one of the major tribes or clans in the Middle East. The black and white checkered design is supposed to be a Palestinian design, the red and white is from the Hashemite tribe of Jordan, solid white is Bedouin… As near as I can tell these days people don’t really follow those traditions so much and people wear whichever one they like– I’ve met Israelis using the Palestinian keffiyehs as sun scarves while hiking. The modern US “shemagh” is frequently olive-green or sand-yellow with black stripes and made to wear with the subdued colors of the uniforms rather than the white, which now adds a new twist to these old traditions.