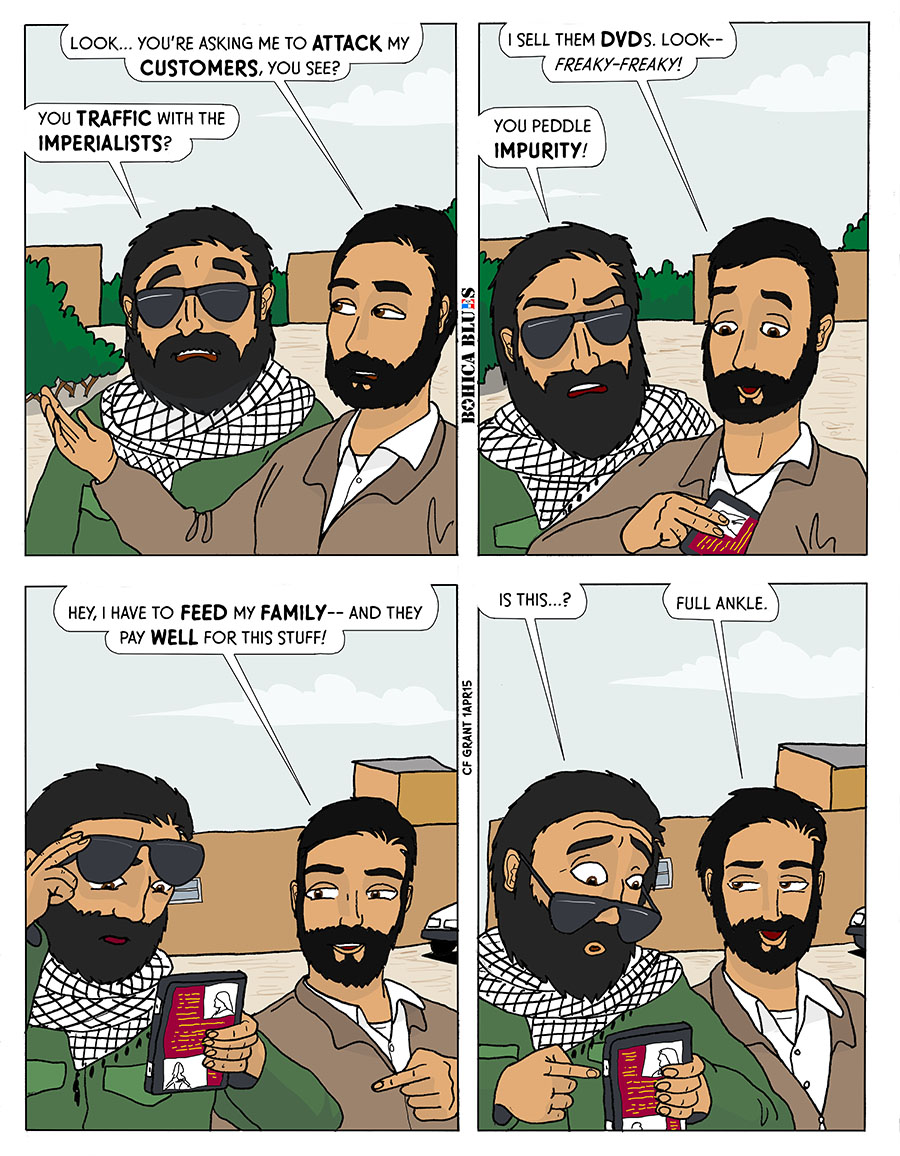 1 APRIL:
Hey, a businessman has to make business, right? Hakim has his priorities straight– he actually has a pretty slick DVD-making operation, pirating multitudes of… impurity and distilling it into things the neighbors will buy. Of course, he doesn’t only sell “impurity”, he pirates all kinds of things– but this is probably one of his moneymakers.

Pirated DVDs were everywhere in Iraq, so much so they were practically their own currency. The locals would sell anything, and they’d get it from cable TV, burn copies of stuff already pirated (with resulting bad quality), film things in movie theaters, and so on. Remember that a lot of the military personnel and contractors on US bases weren’t allowed to leave bases except on missions– there was no “going into town to mix with the locals” like some of the Vietnam guys did (that means one of the plot points in The Hurt Locker –going to visit the kid in town- would have been unlikely in real life). So entertainment was at a premium for thousands of people that were pretty much on lockdown for a year or so. Hakim is reluctant to make trouble with his best customers– the people who keep food on his table, for better or worse.