Little House on the Homefront 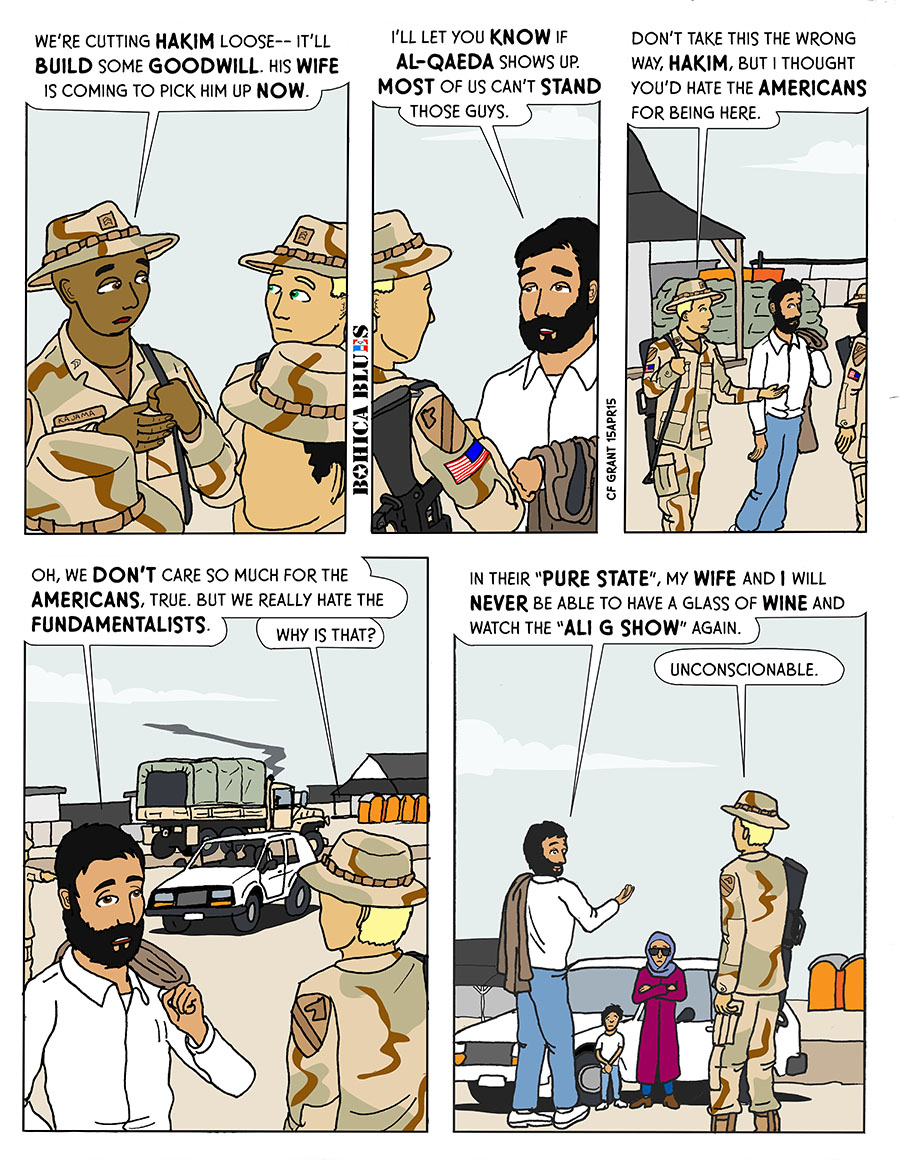 Little House on the Homefront

15 APRIL:
I mentioned Iraq was “Westernized…as Middle East countries go”– and they had liquor stores. Technically, it was to serve the Christian population that lived there but anyone could go in and buy alcohol. Not everyone in the Middle East is a fundamentalist; it is not unheard of to find people who, while Muslim, have some alcohol every so often.

Hakim actually spent some time in the United States as a student (again, not uncommon) and his wife spent some time in Europe. They’re not strangers to Western culture by any means and can find some advantages. Hakim’s decent command of English is probably why the Al-Qaeda guys were interested in him– interested enough to overlook wine and “Ali G”, one of Sasha Baron Cohen’s famous schticks from his pre-Borat days.

It is probably not a coincidence that I am thinking of alcohol consumption on what is, for American readers, our “Tax Day”. Time to drown sorrows.