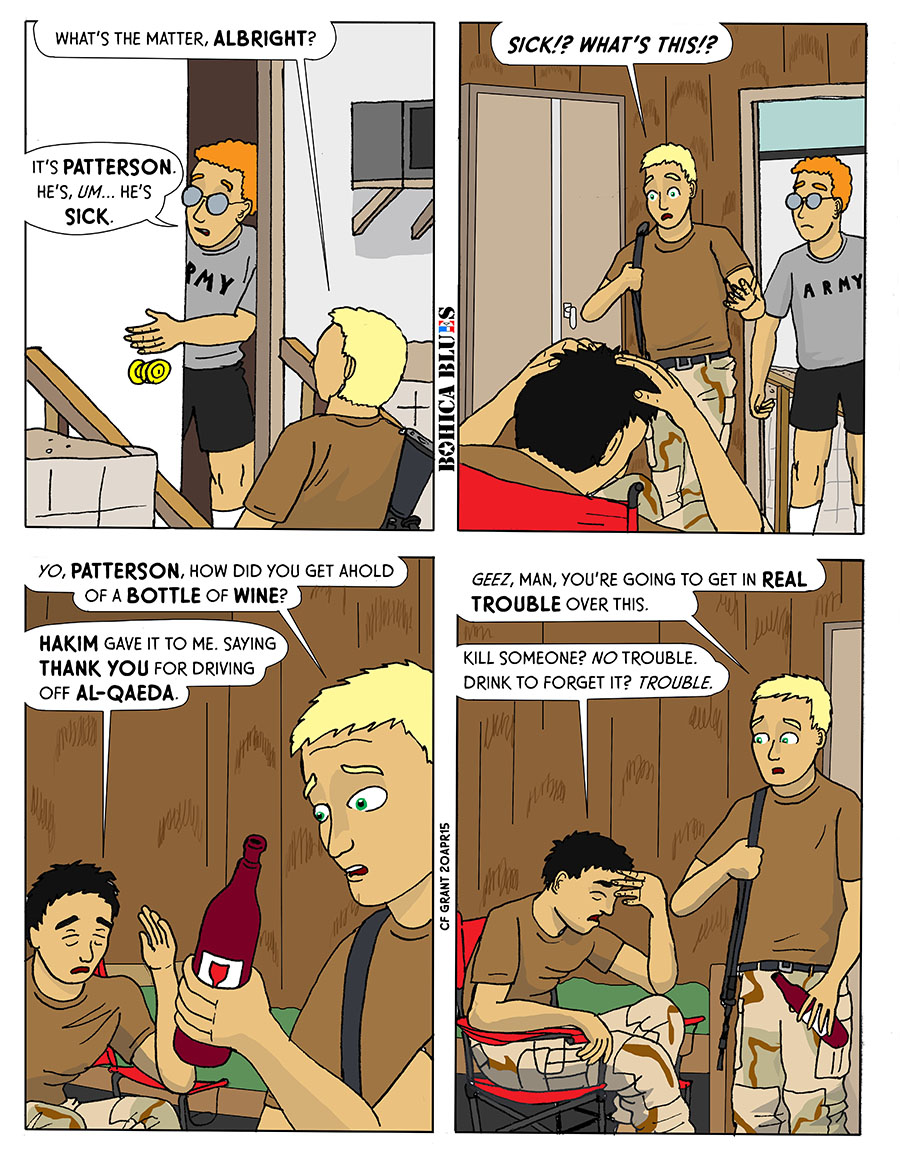 20 APRIL:
Remember, the Iraqis had access to alcohol– and sometimes would barter with troops who wanted it.

There was a guy in my Battalion who had a drinking problem, and he got hold of some Iraqi booze. I don’t know what, exactly– wine, whiskey, whatever– and I’m not going to say his name, obviously. He hadn’t had a drink in months and suddenly started downing a bottle… he had to be flown out on a medical helicopter, which is something that leaves an awfully large paper trail. There was no hiding it, even if the immediate chain of command was sympathetic and wanted to. It was rare, but it happened.

In this case, the wine was supposed to be a gift from Hakim to the whole squad, but he unknowingly made the mistake of giving the bottle to Patterson, who has a problem with drinking. It never made it past his hands.