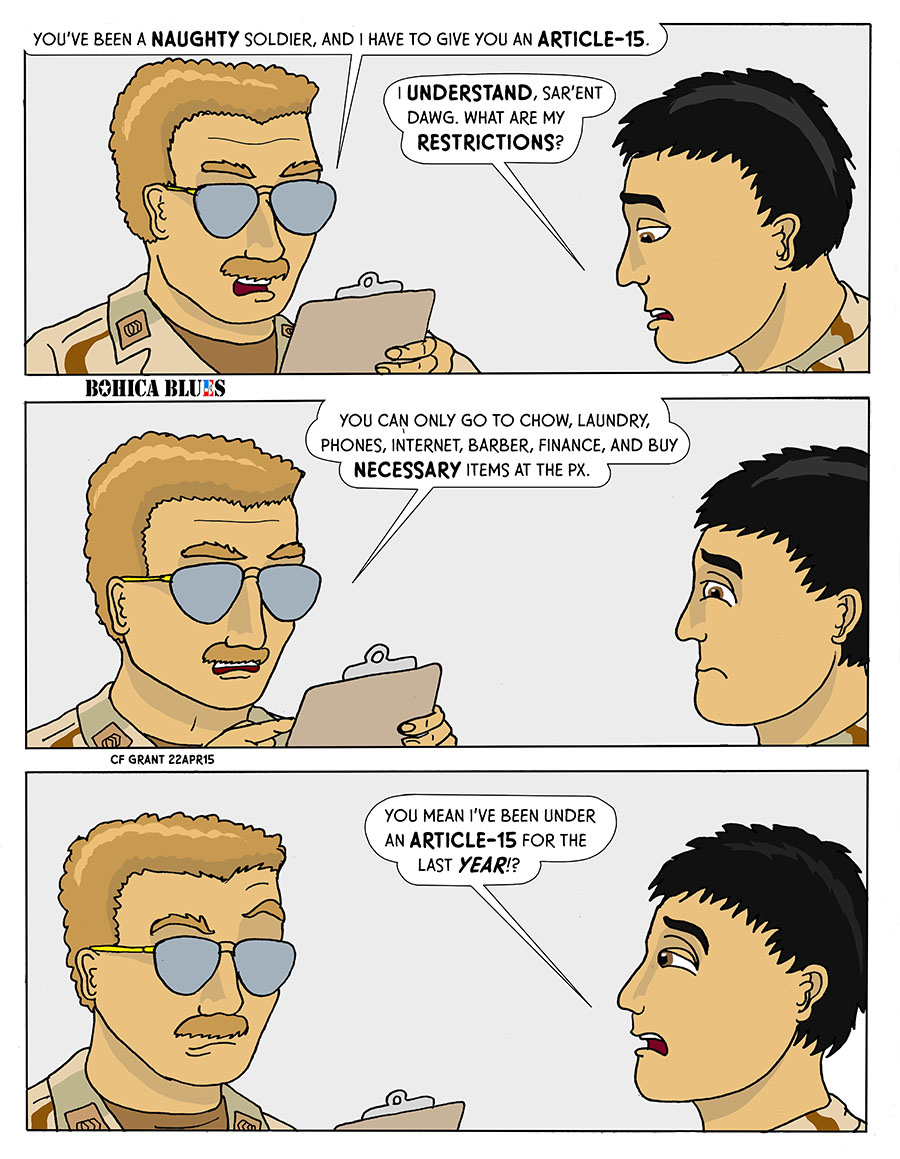 An Article-15 is a form of non-judicial punishment– an official, written reprimand, usually accompanied by a fine, some restrictions, and some sort of extra duty. In the Marines, it is sometimes called an “NJP” (Non-Judicial Punishment) and jokingly referred to as a “Ninja Punch”. I’m sure there are similar means of referring to non-judicial punishment in the Navy and Air Force.

An “Article-15″ kinda loses some of its sting when in a deployed environment, but then it’s not like you want to be deployed for free, either. Years ago, an Article-15 allowed for some pretty hefty fines to be leveled, including a whole month’s paycheck. Of course this can leave you remarkably short on bills, which means your late fees can be laid at the feet of the Army, which erodes morale and can make for a public relations problem. Nowadays they are only allowed to take certain percentages. What a relief, eh?

Anyhow, Patterson is getting an Article-15 for his consumption of alcohol, which was a serious violation of the rules over there. He’s actually being treated with leniency compared to what could happen.