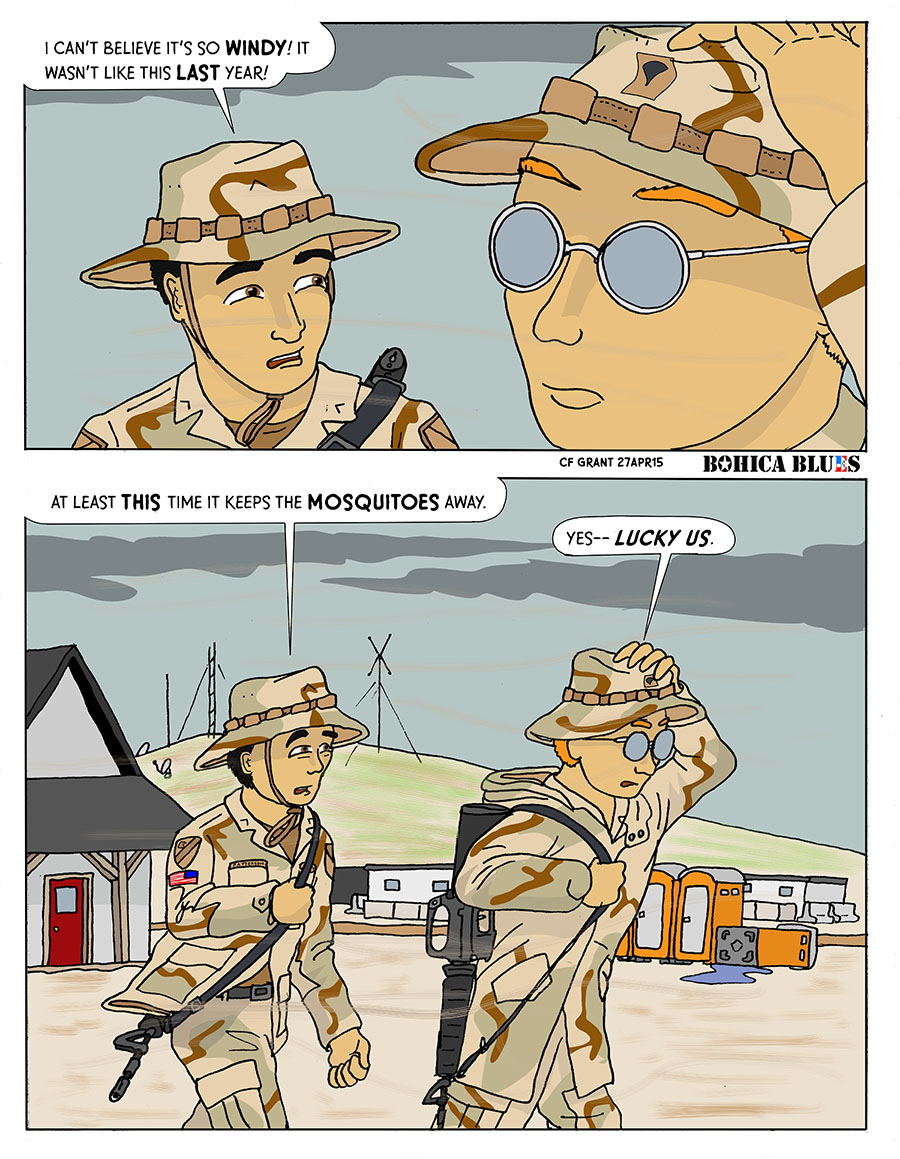 27 APRIL:
Remember back a year ago, when I had the Battalion first show up at Camp Victory, and I had comics about the mosquitoes, and how hot it was? That was only part of the story. It alternated between hot & humid, and wind. Very, very windy. Since the 213th was just arriving from cold, frigid Ft. McCoy, Wisconsin, it made sense to focus on the heat and insects. But now that the guys have been there awhile, and they are used to the heat, we can look at other aspects of being in Iraq– in this case, the wind that would whip up all of a sudden, and gust wildly for hours before calming. The bugs would go away, it would cool down, and we’d essentially exchange one problem for another.

Note the latrine blown over in the background. That would happen when the winds kicked up hard enough. Even with a person in them, sometimes they’d rock back and forth– a nerve-wracking experience, allow me to assure you.

Since I have a lot of material left over from the deployment that I haven’t even touched yet, I extended them and now we can look at some of the other aspects of the time spent over there.