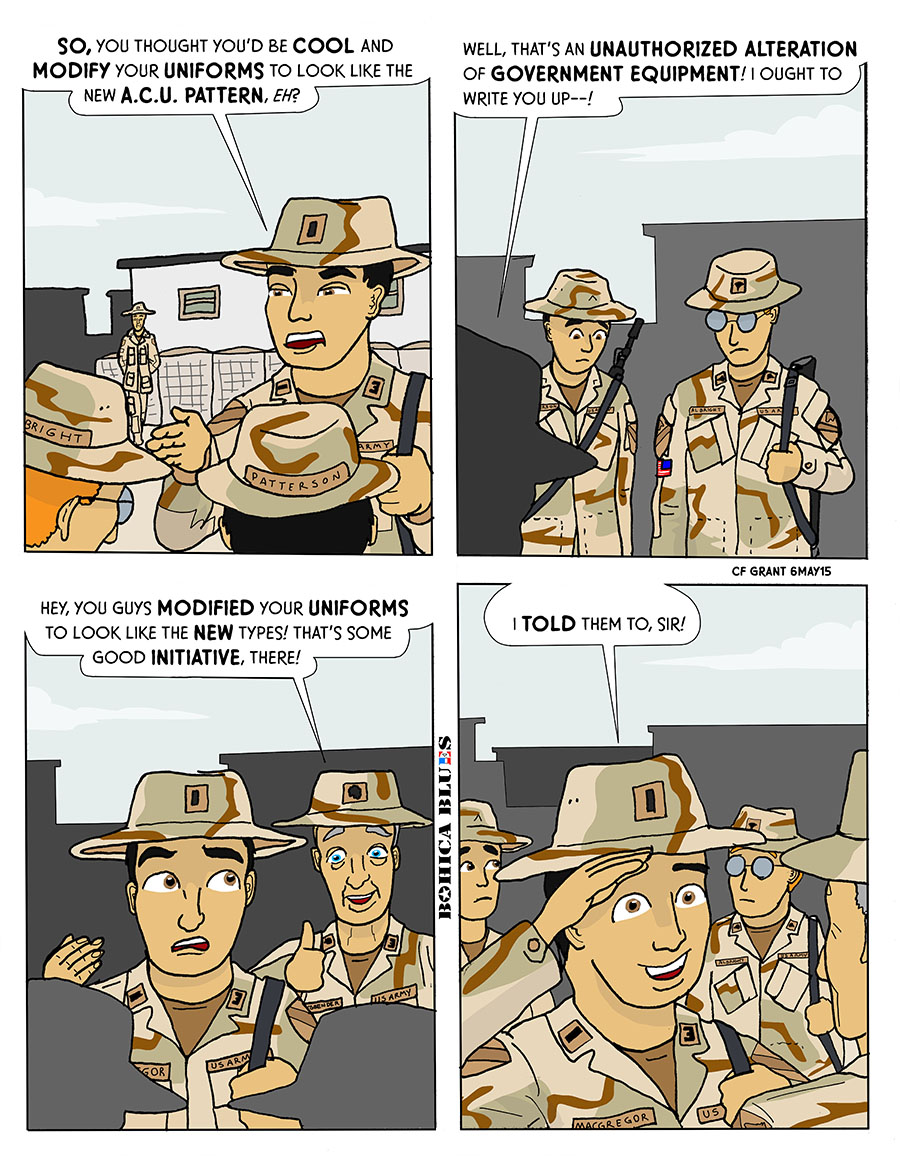 6 May:
Lieutenant MacGregor is basically an okay guy, and competent enough for the most part, but he’s still a young Lieutenant. I think the reputation a lot of young leaders get as they over-react to things is just a reflection of their own uncertainties about what, truly, is important.

By this time –early 2005– the new Army uniform, the “Army Combat Uniform” or ACU was being issued. Everyone knew what it looked like, and what the pattern was. The camouflage is awful, but the new cut of the uniform, the placement of pockets and so forth, makes it easier to use when wearing with body armor. A couple guys really did take old uniforms and modify them to the new pattern, which technically was easy to accomplish: the top chest pockets got moved to the sleeves, and the two bottom pockets, formerly on the shirt at about belt level, were moved up to the chest and placed at an angle. If you were careful when removing the stitching that held the pockets in place, you could easily move them and re-sew them in the new spots.

While technically an un-authorized modification of the uniform, it wasn’t the kind of alteration that was probably in mind when the regulation was passed. The regulation was probably meant to cover radical alterations that could make it appear that you were not a US Soldier but in some foreign unit (which could have implications if you were captured and shot as a spy). The new pocket placements make sense with body armor so I don’t believe anyone made a fuss about the altered uniforms. Most of us were more surprised that they bothered to take the time to do it at all, considering we’d all be getting the new ACU’s eventually. But Lieutenant MacGregor has not yet learned to have a bit of perspective, and is worried he’ll get in trouble for letting his soldiers do this.

Of course, once he finds out that is not the case, he’s more than eager to take credit, too… Tch,tch, Lieutenants.